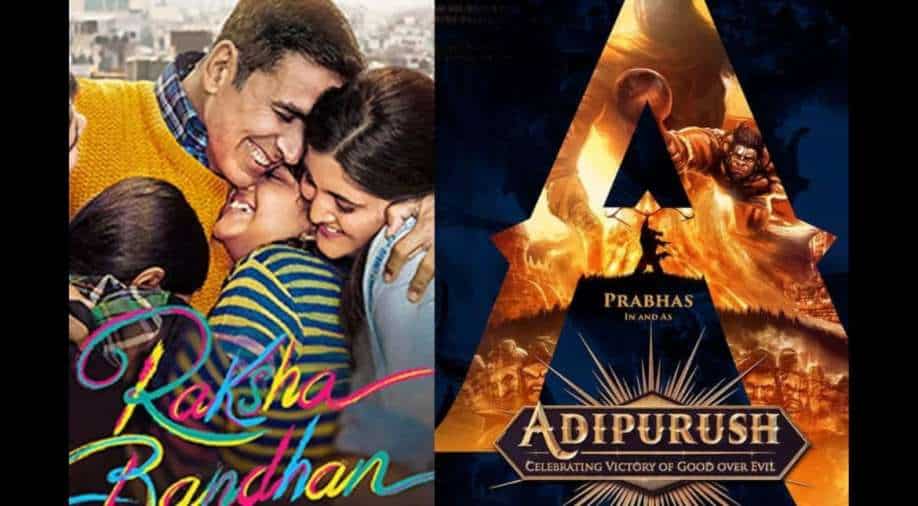 Independence Day 2022 weekend will be interesting as two mega starrers 'Adipurush' and 'Raksha Bandhan' gear up for the same day release. Adipurush stars Saif Ali Khan and Prabhas while 'Raksha Bandhan' will have Akshay Kumar.

The filmmakers in India can finally take it easy as one of the largest film markets, Mumbai has been announced to reopen. Bollywood has thus been busy booking release dates and picking the best festive seasons for release of their big-ticket films.

The makers of Prabhas starrer ‘Adipurush’ had previously confirmed the film’s release date -- August 11, 2022 and now another mega starrer Akshay Kumar and Bhumi Pednekar’s ‘Raksha Bandhan’ is also releasing on the same date. Both the films will hit the screens on August 11, 2022, banking on the Independence Day weekend next year.

Directed by Om Raut, ‘Adipurush’ is a period drama which also stars Kriti Sanon and Sunny Singh in lead roles. The multi-lingual drama will be released in Hindi, Telugu, Tamil, Kannada and Malayalam. Alia-Ranbir spark wedding rumours after being spotted leaving for Jodhpur

Meanwhile, ‘Raksha Bandhan’ is directed by Aanand L Rai and features Bhumi Pednekar in the lead role. While shooting for this movie, Akshay had dedicated it to his sister Alka Hiranandani. He had shared on Twitter, "Growing up my sister, Alka was my first friend. It was the most effortless friendship. @aanandlrai's #RakshaBandhan is a dedication to her and a celebration of that special bond. Day one of shoot today, need your love and best wishes.” This family drama is written by Himanshu Sharma and Kanika Dillon.