'Heropanti 2' vs 'Runway 34' at the box office; Tiger Shroff's film leads the race 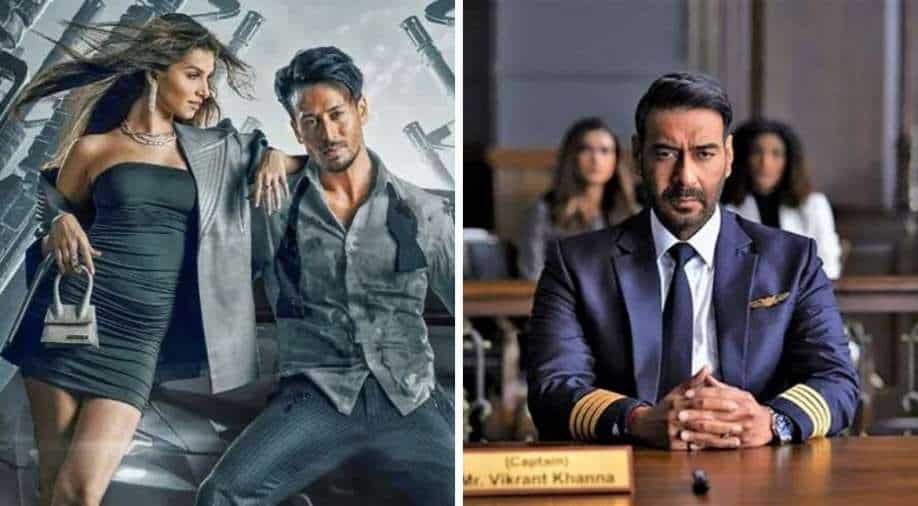 Tiger Shroff's 'HeroPanmti 2' and Ajay Devgn's 'Runway 34'. Both the film was billed as big-budget, multi starrer and expected to bring in moolah at the box office.

Two big-budget films are released this Friday. Tiger Shroff's 'Heropanti 2' and Ajay Devgn's 'Runway 34'. Both the film was billed as big-budget, multi starrer and expected to bring in moolah at the box office.

Early reports indicate that 'Heropantri' is doing better business than 'Runaway 34'. While both the films struggled to get their house full on the first day of the release, trade pandits predict Tiger Shroff's film to do better business over the weekend.

According to a report on Boxofficeindia ‘Heropanti 2' earned Rs 7 crore nett while ‘Runway 34’ earned around Rs 3.25 crore nett. These figures are one of the lowest opening-day numbers for both  Ajay Devgn and Tiger Shroff. It remains to be seen whether ‘Heropanti 2’ and ‘Runway 34’ manage to cash in during the Eid holiday.

Runway 34 to Spider-Man: No Way Home: Films & shows to watch this weekend on OTT/Theatre

Meanwhile, the Hindi dubbed version of 'KGF 2' continued its glorious run aty the box ofifice, which perhaps affected the business of 'Runway 34' and 'Heropanti 2' to a great extent.

On its third Friday, ‘KGF 2’ Hindi earned around Rs 4-4.25 crore nett. ‘Heropanti 2’ had several bulk bookings and has managed to perform well in mass belts.

If ‘Heropanti 2’ and ‘Runway 34’ fail to sustain over the weekend and till Eid, then ‘KGF 2’ Hindi will get the holiday advantage.

Directed by Ajay Devgn himself, 'Runway 34' also features Amitabh Bachchan and Rakul Preet Singh in key roles. Meanwhile, 'Heropanti 2' has been directed by Ahmed Khan and features Tiger Shroff and Tara Sutaria in the lead.