Before the release of 'Ludo', here are 5 other anthologies that you should watch 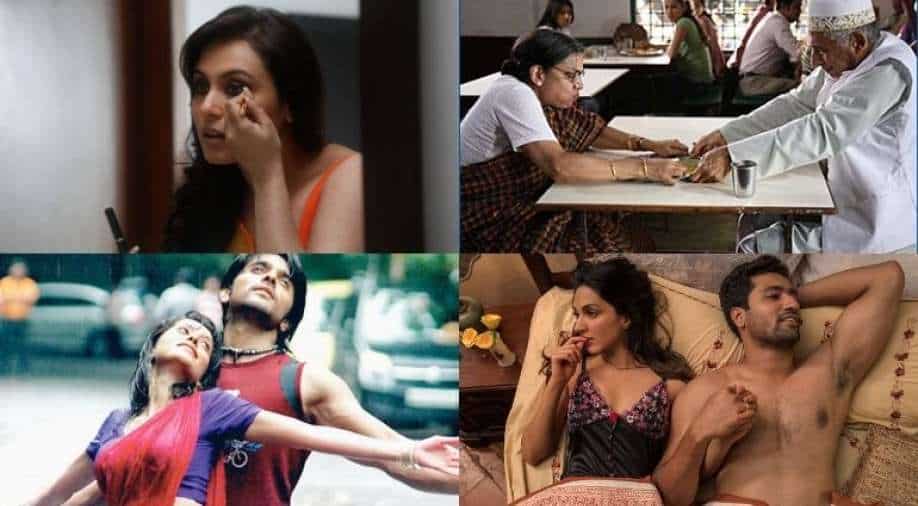 Anurag Basu's latest film 'Ludo' which is slated to release on Netflix on November 12 is also an anthology with four distinct tracks bound by a common theme.

Nothing fascinates an avid movie watcher more than having a whole bunch of stories bound together by a single theme. For the uninitiated, this genre of cinema is known as an anthology. As filmmakers look to mesmerize their viewers by choosing to narrate their story in immersive formats of storytelling, one has seen the prominence of anthology films across various languages.

Anurag Basu's latest film 'Ludo' which is slated to release on Netflix on November 12 is also an anthology with four distinct tracks bound by a common theme. Bollywood though isn't alien to this idea. Here 5 Indian anthology films that should be on everyone's watch list.

Bombay Talkies (2013): We all have fresh memories of a bunch of Bollywood stars dancing to the title song called the 'Bombay Talkies' as a tribute to 100 years of Indian cinema. This anthology was much more than that for it featured four fabulous film-makers in the form of Karan Johar, Anurag Kashyap, Zoya Akhtar and Dibakar Banerjee narrating wonderful stories related to cinema. The stories explored extra-marital relationships, stardom and the craze behind a film star in a never-seen-before avatar. Starring Rani Mukerji, Randeep Hooda, Nawazuddin Siddiqui, Ranvir Shorey, Vineet Kumar Singh and Amitabh Bachchan in a special appearance across these four films, each one of them left a smile on your face making you fall in love with cinema all over again.

Dus Kahaniyaan (2007): As the title suggests, this anthology had 10 stories, directed by 6 directors and featured a stellar ensemble cast. Amongst our favourites was 'Strangers in the Night', directed by Sanjay Gupta, which stars Mahesh Mahesh Manjrekar and Neha Dhupia for its brilliant plot and conversational style of storytelling. 'Zahir', that features Dia Mirza and Manoj Bajpayee, has a twist at the end that you will never be able predict. The stand out short films in this list are 'Rice Plate', that sees veteran actors Shabana Azmi and Naseeruddin Shah bring their A-game on display, 'Gubbare' - a heartfelt tale that sees Nana Patekar pack a punch like always and 'Rise & Fall' - a gangster tale at its best.

Putham Pudhu Kaalai (2020): Shooting a film during the lockdown was certainly no easy task. Doing an anthology in that time surely deserves a mention in this list. 'Putham Pudhu Kaalai' consists of five short film segments, directed by five of the most recognized directors of the South Indian film industry - Sudha Kongara, Gautham Menon, Suhasini Maniratnam, Rajiv Menon, and Karthik Subbaraj. Having released on October 16, here’s a film that will raise your spirits through its stellar cast, enchanting soundtrack and novel concept.

Lust Stories (2019): It was time for the fantastic quartet of 'Bombay Talkies' (Karan Johar, Anurag Kashyap, Zoya Akhtar, and Dibakar Banerjee) to weave their magic yet another time as they explored the idea of sexual desire over four short films. Despite each one of them catering to different interpretations of the word lust, what one sees is the sincerity and intensity in each of the relationships shown in these stories. Showcasing how lust can make someone feel powerful and yet so helpless at the same time, 'Lust Stories' is one such anthology that will leave you with ample food for thought.

Love, Sex aur Dhokha (2010 ): A raw, unflinching, and brutally real in its portrayal of ‘Young India’. As the name suggests, each of the three stories have a common thread of love, sex, and dhokha in them. Two-time national award winner, Dibakar Banerjee knits three inspired-by-life stories to entertain as well as try to make a larger point about the invasive nature of our society. Taking into account just how voyeuristic the world is today, the film still stands relevant even after 10 years of its release.