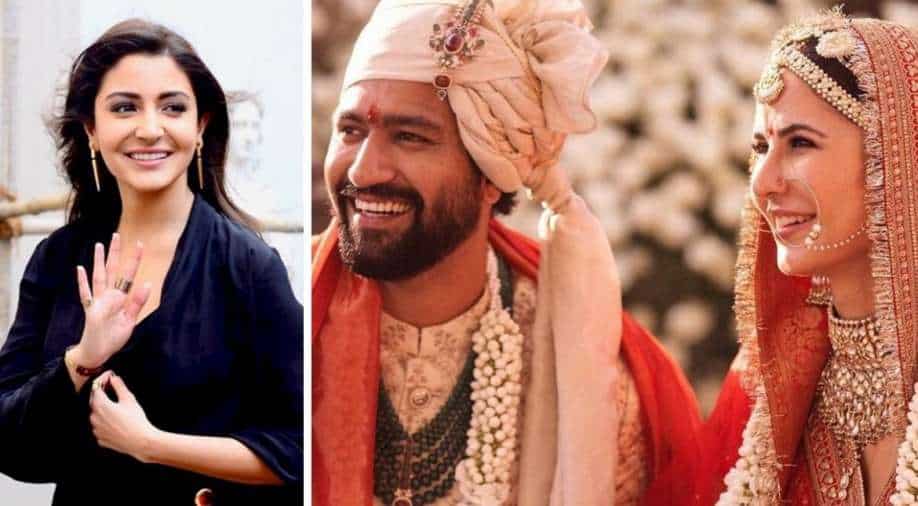 Anushka Sharma took to her Instagram stories to share  Katrina and Vicky's wedding photos to wish the couple on their wedding on Thursday night but what caught everyone's attention was something else.

Amid all the congratulatory messages that poured in for newlyweds Katrina Kaif and Vicky Kaushal- one message that stood out was that of actress Anushka Sharma's. The actress took to her Instagram stories to share  Katrina and Vicky's wedding photos to wish the couple on their wedding on Thursday night but what caught everyone's attention was something else.

"Congratulations to both you beautiful people! Wishing you guys a lifetime of togetherness, love and understanding. Also glad you are finally married so that now you can move into your house and we can stop hearing construction sounds." 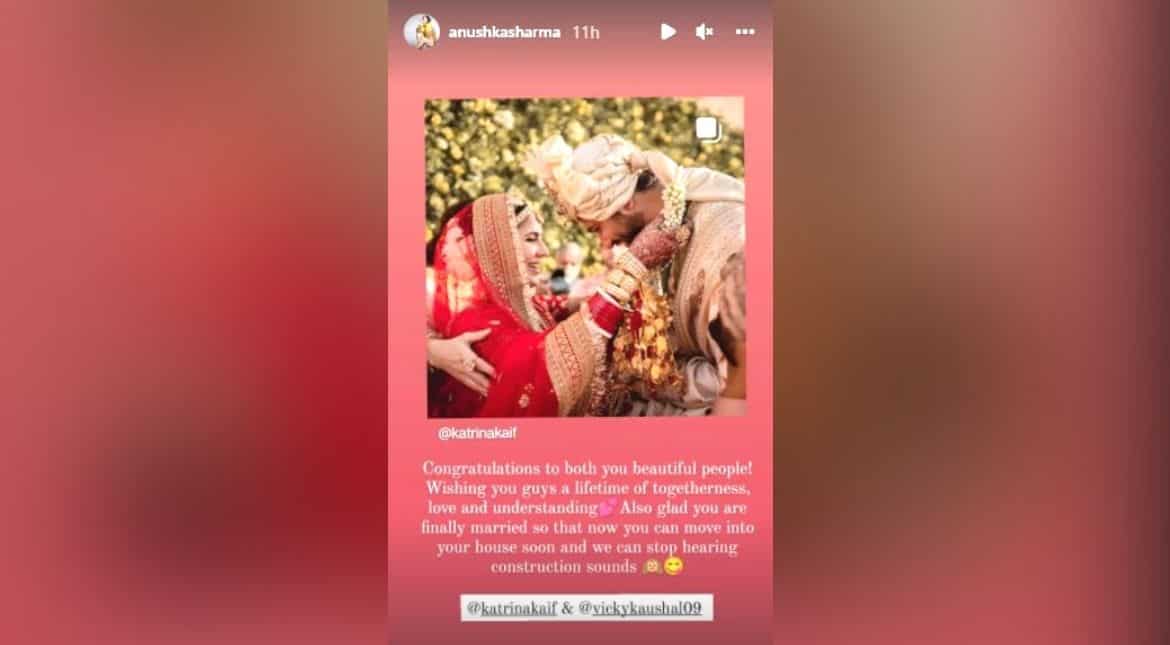 Rumours have been rife that Katrina and Vicky had rented a plush apartment in the same dreamy sea-side facing building where Anushka resides with her husband-Indian test skipper Virat Kohli and their one-year-old daughter Vamika. On Thursday night, Anushka confirmed that, indeed, she will have her friend and co-star of several films Katrina Kaif as her neighbour.

Anushka and Katrina have worked together in two films 'Jab Tak Hai Jaan' and 'Zero' as leading ladies opposite superstar Shah Rukh Khan.

Soon after Katrina and Vick shared the official pictures from their dreamy nuptial rites, several celebrities poured in congratulatory messages for the stars in the comments section. Some stars even congratulated them with special notes on their respective social media handles.

Katrina and Vicky married on Thursday afternoon at a luxury resort in Rajasthan in the presence of their families and friends. The pre-wedding festivities kick-started on December 7 with mehendi, followed by big fat Punjabi Sangeet Night on December 8. Kabir Khan, Angad Bedi, Mini Mathur, Neha Dhupia, Gurdas Maan, Sharvari Wagh, and Vijay Krishna Acharya among many others from the film industry were a part of Vicky and Katrina`s wedding festivities.

The couple will reportedly host a reception in Mumbai at a later date for their Bollywood friends.