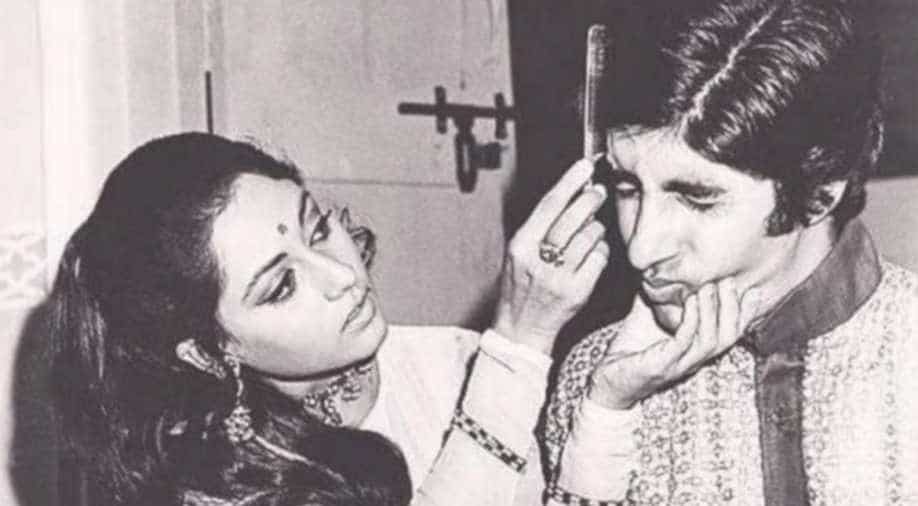 Megastar Amitabh Bachchan is celebrating his 48th wedding anniversary with his wife and actor Jaya Bachchan today. The veteran star marked the occasion by sharing unseen priceless pictures from their wedding day.

Big B took to his Instagram account to share a collage of unseen pictures clicked during their wedding ceremony. Thanking everyone for their love, he wrote, "June 3, 1973 .. thank you all for your greetings on our Anniversary."Soon, several B-town celebrities like Shilpa Shetty, Bhumi Pednekar, Dia Mirza, Bipasha Basu, Sonal Chauhan, Neha Dhupia and others wished Big B in the comment section.

Shilpa wrote, "Happpppppyyyy Anniversary @amitabhbachchan ji and Jaya aunty, wishing you many more years of love and happiness."Bhumi commented on the post, writing, "Happy anniversary legends." Bipasha wished the couple a "Happy Anniversary," with a string of heart emojis. Big B also celebrated the special day by posting a heartfelt note on his Tumblr blog.

In his blog, the veteran said, "Thank you all with immense gratitude for the wishes for Jaya and me on our Wedding Anniversary .. June 3, 1973.. now 48 years!! Your wishes and your gracious words have been most moving and filled with love for us .. and we truly appreciate them .. For today and now."Amitabh and Jaya tied the knot on June 3, 1973.

Milind Soman calls smoking the ‘stupidest thing’ he has ever done

Big B is one of the most active social media users and keeps treating fans with throwback pictures from his memory book. He also shares anecdotes associated with the pictures.

Recently, Big B completed 52 years in the film industry. The actor posted a collage of photos from his various movies celebrating the milestone. He captioned the post, "52 years .. !!! Goodness .. thank you Ef Moses for this compilation .. still wondering how it all went by."On the work front, he will next star in Rumi Jaffrey`s `Chehre` co-starring Emraan Hashmi. Sr Bachchan will also feature in Ayan Mukerji`s `Brahmastra` alongside Ranbir Kapoor and Alia Bhatt.

Amitabh recently announced that he will be a part of Deepika Padukone-starrer 'The Intern'. The superstar has replaced late actor Rishi Kapoor who was earlier supposed to play the role. The film is a remake of the 2015 Hollywood hit movie of the same name, which starred Robert De Niro and Anne Hathaway.Big B also has films like `Jhund`, `Goodbye`, `May Day` and several others in the pipeline.