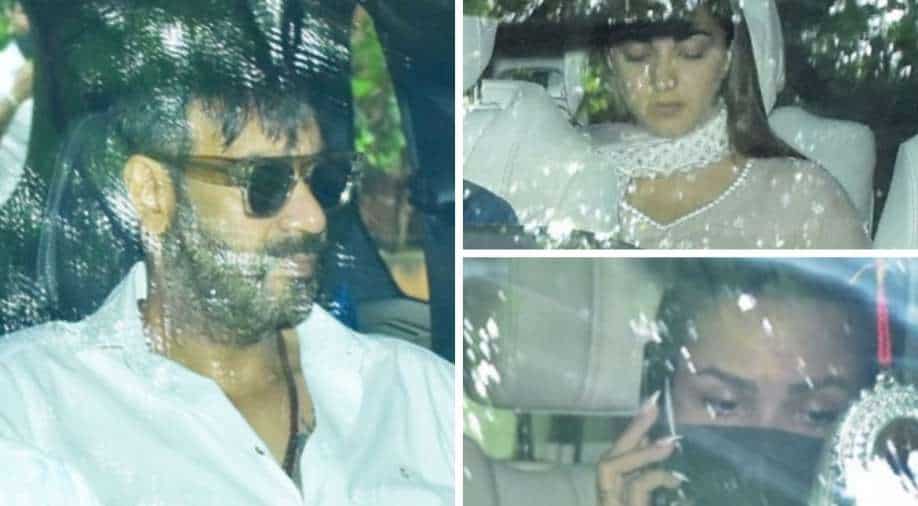 It has been a hard week for Akshay Kumar as he lost his mother earlier. Celebs from the film fraternity paid a visit at his house to share his grief in these difficult times.

A day after Akshay Kumar’s mother’s death, celebrities from the film fraternity were spotted paying their respect at his house. Actors including Ajay Devgn, Kiara Advani, Sidharth Malhotra, Arjun Kapoor, Malaika Arora and filmmaker Karan Johar among others paid a visit to his Mumbai house.

Akshay Kumar’s mother, Aruna Bhatia died in a Mumbai hospital where she was first treated in the ICU.

Akshay revealed the news of her death with a heartfelt message as he wrote, "She was my core. And today I feel an unbearable pain at the very core of my existence. My maa Smt Aruna Bhatia peacefully left this world today morning and got reunited with my dad in the other world. I respect your prayers as I and my family go through this period. Om Shanti." 'Life goes on,' writes Akshay Kumar as remembers mother on his birthday

The actor had to return to Mumbai, India from Uk in a hurry as his mother’s health took a swing for the worse.

Also Read: 'Mumbai Diaries 26/11' review: The horror of being a medic in terror-torn Mumbai, shown tepidly