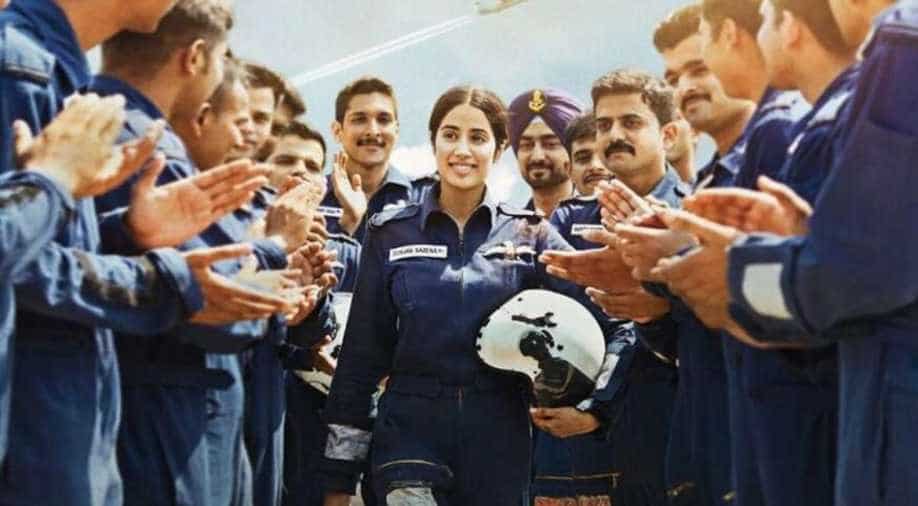 Amid the nepotism debate that has been raging in Bollywood ever since Sushant Singh Rajput died, Karan Johar's name from the 'Gunjan Saxena' trailer seems to have been removed.

The trailer of 'Gunjan Saxena: The Kargil Girl' was unveiled on Saturday. The film, which is based on India's first female combat pilot Gunjan Saxena features Janhvi Kapoor in the lead role.

The film was scheduled to release earlier on April 24 in theatres but owing to the pandemic, it will now be releasing on August 12 as Netflix film. It has been produced by Karan Johar's Dharma Productions. It was being billed as one of the big releases of the production house.

Amid the nepotism debate that has been raging in Bollywood ever since Sushant Singh Rajput died, Karan Johar's name from the trailer as well as the poster seems to have been removed.

On Saturday as the trailer was dropped on social media, netizens pointed out that both Johar and Dharma Productions names were missing from the trailer.

The trailer in fact did not have director Sharan Sharma's name either. However, while sharing the film's trailer on social media, Janhvi tagged both Karan Johar as well as Sharan Sharma in the post.

Here's the trailer, have a look.