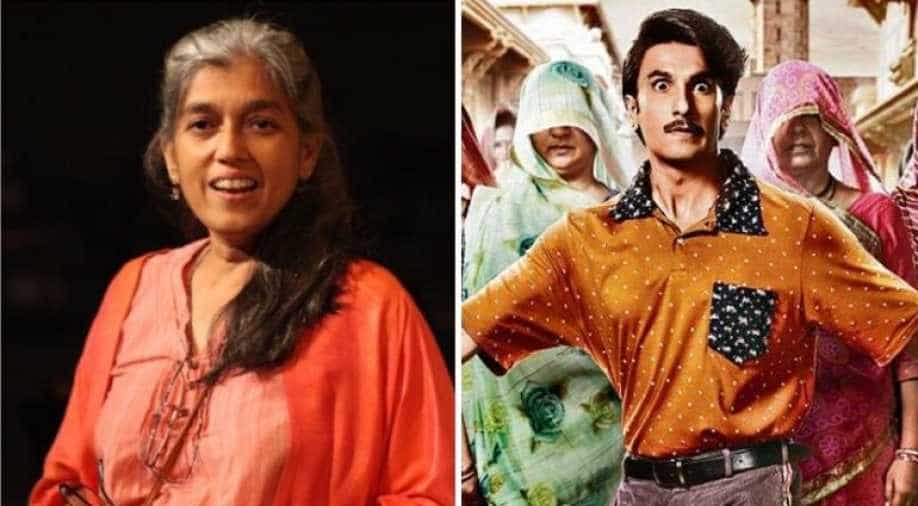 The film is being directed by debutant writer-director Divyang Thakkar and is set in Gujarat.

Veteran actress Ratna Pathak Shah has been roped in to play Ranveer Singh's mother in the upcoming film 'Jayeshbhai Jordaar'.
The film's producers- Yash Raj Films- made the announcement on  Twitter on Thursday.

Speaking to a daily, the actress said, "Some months ago, a young actor came to me with a script. Actors making movies can be tricky, so I was cautious as I began reading, but was thoroughly entertained by the end of the script. The story not only had a message but also had heart."

The film is being directed by debutant writer-director Divyang Thakkar and is set in Gujarat.

Earlier, the makers had roped in Boman Irani to play Ranveer's father in the film.

Boman termed the script as 'rare' and said, "'Jayeshbhai Jordaar' tells a brilliant, moving story. For me, Divyang is a writer and director to watch out for and talent like him comes once in many, many years. He has written something exceptionally thought-provoking that delivers a powerful message in the most entertaining and humorous manner".

Other cast members include Aparshakti Khurana and Pankaj Tripathi and the film marks the debut of South actress, Shalini Pandey.
Ranveer is currently busy promoting Kabir Khan's ‘83', where he will essay the role of former Indian cricket team captain, Kapil Dev. He has already started prepping for 'Jayeshbhai Jordar' which will release later this year.