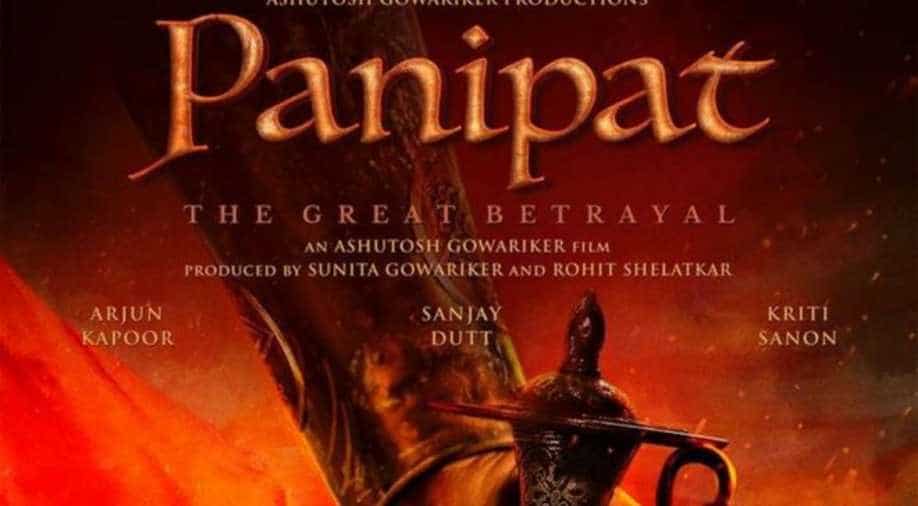 The action-drama 'Panipat' features the events that lead to the Third Battle of Panipat where Arjun Kapoor plays the protagonist Sadashivrao Bhau who led the Maratha army.

Despite all the buzz around the war drama, the film couldn't draw a lot of audiences to the movie theatres. Film critic and trade analyst Taran Adarsh shared the figures through his official Twitter account and said that the fan response to the action film is positive and the business of the film "should see a turnaround on Day 2 and 3'' .

#Panipat records low numbers on Day 1... Reports [word of mouth] are positive and its biz, hopefully, should see a turnaround on Day 2 and 3... Fri ₹ 4.12 cr [2395 screens]. #India biz... Showcasing at multiplexes affected due to excessive run time [close to 3 hours].

According to Adarsh, a prolonged run time of three hours affected the first day business of the film. Another biggie that hit the theatres this Friday was Kartik Aryan starrer rom-com  'Pati Patni Aur Woh' which alternatively fared better as its first-day collection stood at Rs 9.10 crore.

The action-drama 'Panipat' features the events that lead to the Third Battle of Panipat where Arjun Kapoor plays the protagonist Sadashivrao Bhau who led the Maratha army during the battle.

It boasts of an ensemble cast including Sanjay Dutt as the antagonist Ahmad Shah Abdali, Padmini Kolhapure, Mohnish Bahl, Kunal Kapoor, and Zeenat Aman. The film was released all over India on December 6.