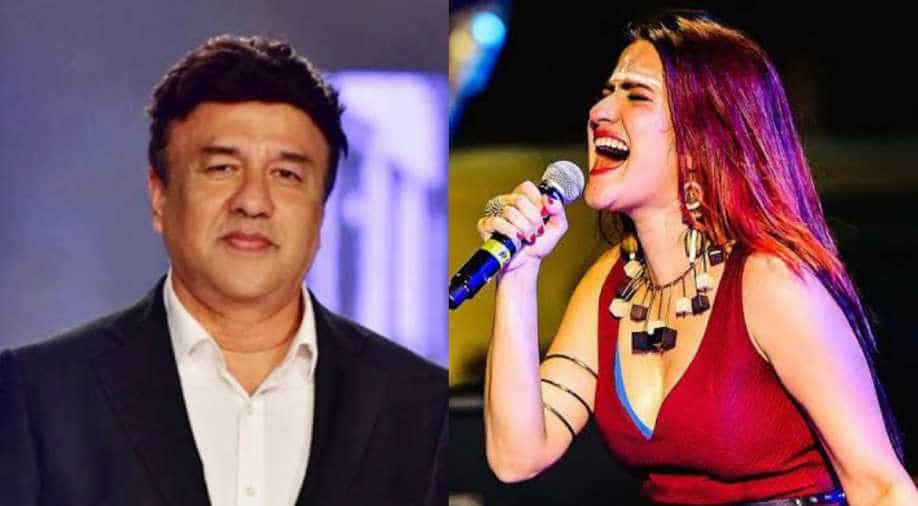 Film composer Anu Malik stepped down from his role as a judge on the reality show 'Indian Idol 11' on Thursday.

Film composer Anu Malik stepped down from his role as a judge on the reality show 'Indian Idol 11' on Thursday. Malik and the Sony TV, the channel on which the reality show is aired, have been facing a lot of criticism for the past few weeks over sexual harassment allegations against the composer.

On Thursday, a source close to channel confirmed to a news agency that Malik "is stepping down as a judge from Indian Idol".
Incidentally, Sony TV was sent a notice by the National Commission of Women. The commission also shared the notice on their official Twitter handle. They captioned it, "@NCWIndia has taken Suo-motu cognizance of this matter and send a notice to Sony Entertainment Television @sharmarekha @MinistryWCD @PMOIndia."

The commission in its notice has mentioned singer Sona Mohapatra's tweet and asked the channel to clarify what action was taken on the same. It reads, "The National Commission for Women has come across a Twitter post of Ms Sona Mohapatra wherein it has been alleged that Sony TV has ignored the testimonies of multiple women against a person regarding sexual harassment and assault has further been made a judge for youngsters on national television."

@NCWIndia has taken Suo-motu cognizance of this matter and send a notice to Sony Entertainment Television @sharmarekha @MinistryWCD @PMOIndia pic.twitter.com/gTUStj9ixC

The notice was addressed by the president of Sony Entertainment Television.

Earlier, singer Sona Mohapatra had written an open letter to Smriti Irani, the Union Minister of Women and Child Development to take strict action against Malik who has been accused by multiple women of sexual misconduct. In her letter, she mentioned how Sony TV ignored the testimonies of multiple women and reinstated him as a judge on Indian Idol 11.

Anu Malik was removed from the jury panel last year after his name cropped up in #MeToo movement but then he was brought back for the new season this year.

Earlier in November, Anu Malik had opened up about the 'false allegations' that had been levelled against him. He had said that he "is in pain and in a dark space", and has demanded justice.