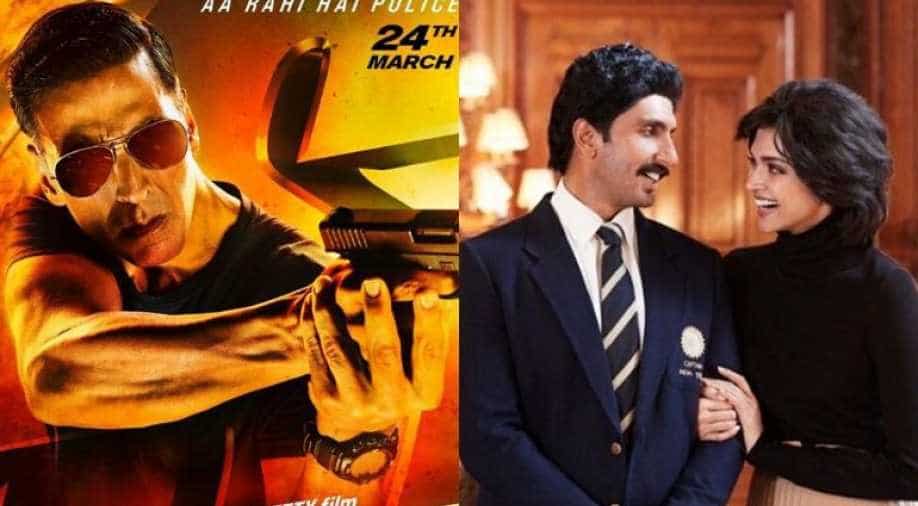 Makers of 'Sooryavanshi' and '83' have decided to not opt for the direct digital release.

While most filmmakers in Bollywood are seeking the digital route amid pandemic, makers of 'Sooryavanshi' and '83' have decided to not opt for the direct digital release. Instead, they will wait for the situation to get better and release the films in theatres first.

The films` release was on an indefinite halt for nearly three months as the theatres were shut, owing to the ongoing coronavirus crisis.

On Tuesday, trade analyst Taran Adarsh confirmed that Rohit Shetty's 'Sooryavanshi' will release in Diwali while Kabir Khan's sports drama '83' will get a Christmas release.

The exact release dates of both the films are known yet.

'Sooryavanshi' is the fourth film in Shetty's 'Cop Universe' and features Akshay Kumar and Katrina Kaif in the lead roles. Ajay Devgn and Ranveer Singh have extended cameos in the film.

'Sooryavanshi' was earlier set to release in March 2019 while '83' had an April release date.

On Monday, Disney + Hotstar announced that it had bagged the priemiere rights of 7 major Bollywood films including 'Sadak 2', 'Laxxmi Bomb' and 'Bhuj'.

Shoojit Sircar's 'Gulabo Sitabo' was the first Bollywood film to opt for a direct digital release as cinema halls across the country shut down owing to the pandemic.