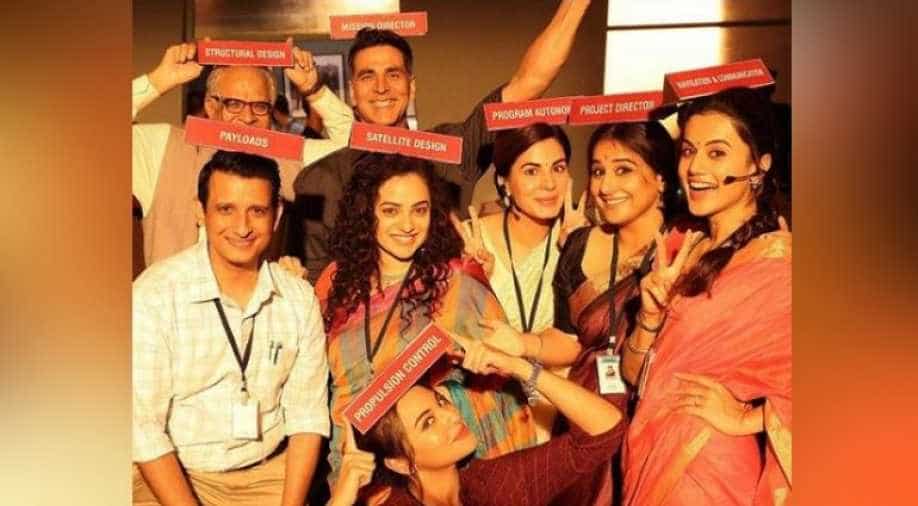 The movie, based on a true story of India's mission to Mars, is about ordinary people achieving the extraordinary.

Akshay Kumar's latest outing 'Mission Mangal' has set the cash registers ringing by surpassing the Rs. 200 crore mark in the fourth week of its run. The space drama has raked in a total of Rs 200.16 crore. Read film's review here.

Indian film critic and trade analyst Taran Adarsh shared the box office collection of the movie on his Twitter handle.

Taran noted that 'Mission Mangal' happens to be Khiladi Kumar's first film to hit a double century. Achieving yet another feat, the film has become the highest-grossing Independence Day release in India.

The space drama released on 15 August, alongside John Abraham's 'Batla House', and Quentin Tarantino's 'Once Upon a Time in Hollywood'. However, 'Mission Mangal' appealed to the masses and opened to a staggering Rs. 29.16 crores on its opening day, making it Akshay's highest opener till date.

Directed by Jagan Shakti, the film also stars Vidya Balan, Taapsee Pannu, Sonakshi Sinha, Nithya Menen, Kirti Kulhari, HG Dattatreya, and Sharman Joshi. Rakesh Dhawan (Akshay) and Tara Shinde (Vidya) lead a team of scientists who overcome their personal challenges and failures to serve as the brains behind one of the greatest missions in history: The launch of India's first satellite to Mars.

The movie, based on a true story of India's mission to Mars, is about ordinary people achieving the extraordinary. The film is co-produced by 'PadMan' director R Balki.