Ajay Devgn's 'Tanhaji: The Unsung Warrior' to also be released in Marathi 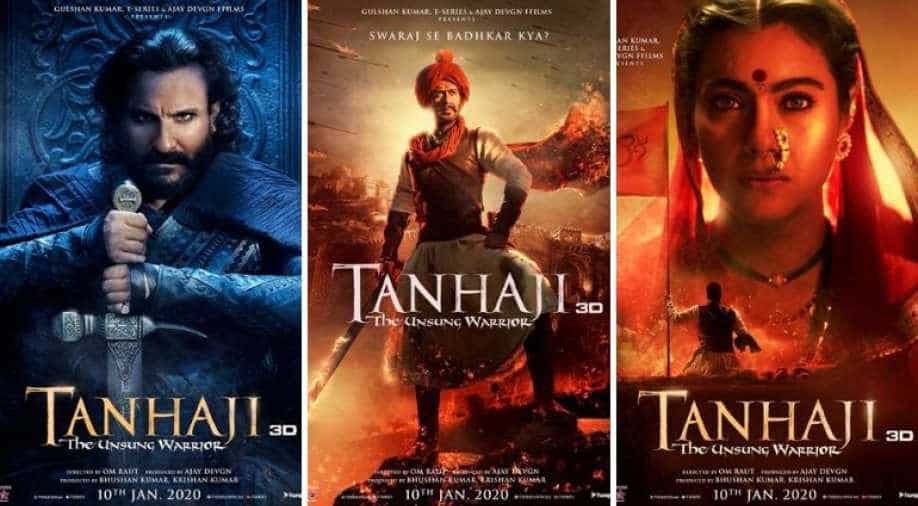 In Director Om Raut`s action-drama flick, the `Shivaay` actor will be seen as the unsung warrior of Indian history who fought alongside Chatrapathi Shivaji Maharaj.

Ajay Devgn's upcoming period drama `Tanhaji: The Unsung Warrior` is about an unsung Maratha warrior and so it is natural to release the in Marathi as well. Trade analyst Taran Adarsh, on Friday, announced, that the film will also be released in Marathi.

Adarsh shared the update on Twitter along with a still of Devgn and Kajol from the film.

#Announcement: #Tanhaji: #TheUnsungWarrior will also release in #Marathi version on 10 Jan 2020 across #Maharashtra... #Marathi trailer will be out on 10 Dec 2019... Stars #AjayDevgn, #Kajol and #SaifAliKhan... Directed by Om Raut... 10 Jan 2020 release. #TanhajiTheUnsungWarrior pic.twitter.com/jY5BG8ekUY

The Marathi version of the film will hit the theatres along with the Hindi version on 10 January 2020.

In Director Om Raut`s action-drama flick, the `Shivaay` actor will be seen as the unsung warrior of Indian history who fought alongside Chatrapathi Shivaji Maharaj.

Ajay Devgn essays the role of the protagonist, Tanaji Malusare, who fights for the state and its freedom against the crooked antagonist Udaybhan, portrayed by Saif Ali Khan.

Kajol is seen in the role of Tanaji`s wife Savitribai Malusare, who stands by him like a rock.The movie also features Sharad Kelkar as Shivaji Maharaj and Padmavati Rao as Jijamata.