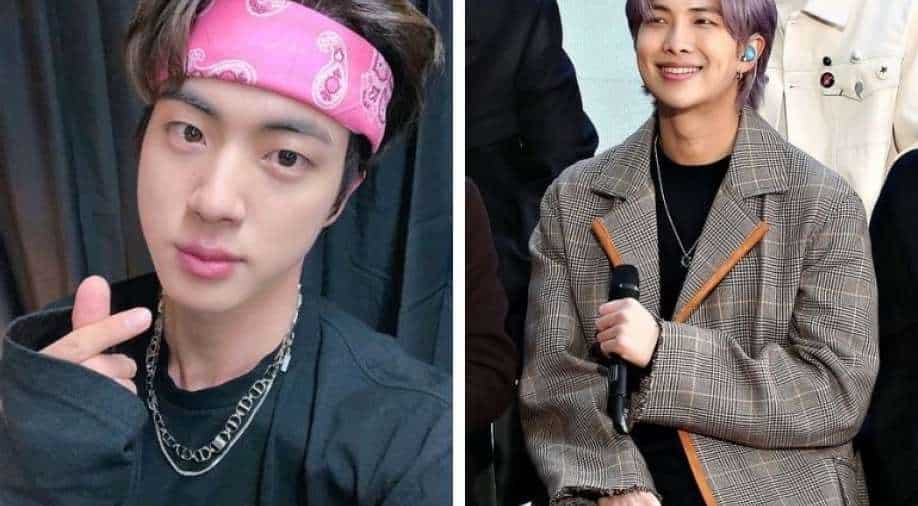 K-pop group BTS members Rapper RM and vocalist are fully vaccinated and got their second dose in August.

K-pop group BTS members Rapper RM and vocalist Jin have tested positive for covid-19. Their diagnosis comes a day after Suga, a songwriter and rapper for the group, tested positive.

RM and Jin have recently returned to South Korea from the United States, their management company Big Hit Music has shared the news.

Christmas 2021: Some quick and easy recipes to celebrate holidays

In the lengthy statement, the management company revealed that ''BTS members RM and Jin were diagnosed with COVID-19 on the evening of Saturday, December 25.''

The statement further reads, '''After returning on Friday the 17th from the United States following his personal schedule as part of his official vacation period, RM immediately underwent PCR testing, was found negative and entered into self-quarantine in his home as mandated by COVID-19 control procedures.''

Meanwhile, the South Korean superstar pop band is on an "extended period of rest" following their US appearances and will return to the stage in Seoul in March, the group`s management company said earlier.

Bright Music, the group's management company, said in a statement earlier, that the musicians would take a break over the holidays and prepare for a concert and new album that will start a "new chapter."

"They are preparing for a concert this coming March to connect and communicate with fans in-person in Seoul," the statement said.