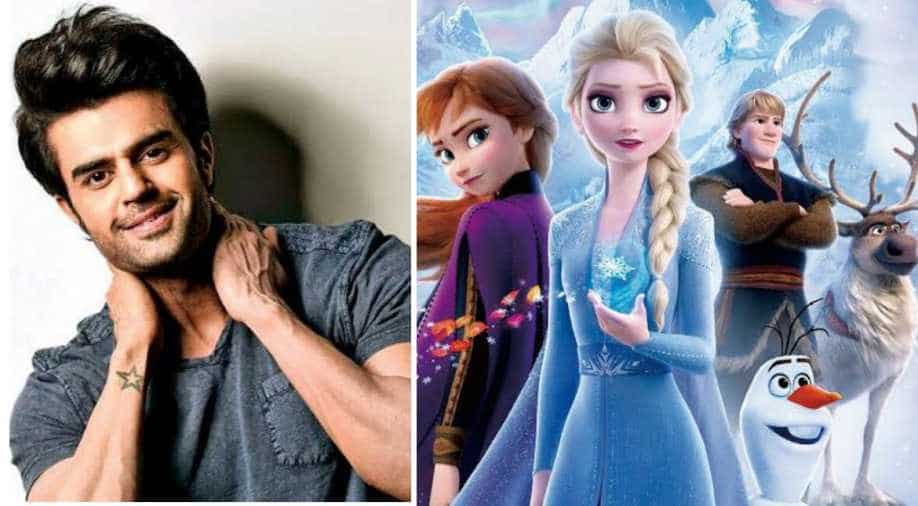 Maniesh Paul will lend his voice for the character of Kristoff Photograph:( Twitter )

Disney seems to be working overtime to get its cast correct for its upcoming film ‘Frozen 2’. The film will see a release in India in multiple languages and the team has been signing up big names.

Last month it was confirmed that the sisters Priyanka Chopra and Parineeti Chopra will voice the lead characters of Princess Elsa and Anna for ‘Frozen 2’ in Hindi. Now, it has been revealed that popular TV host and actor Maniesh Paul will voice the character of Kristoff in the Hindi version.

Excited about the development, Maniesh was quoted, "It's extremely overwhelming to be the voice of Kristoff. My daughter is such a huge fan of the franchise that I must admit that it took me some time to compose myself and understand that I was doing this for her. I hope that audiences love this side of me as they revel in the most-awaited Disney film of the year," Maniesh said.

Meanwhile, actress Shruti Haasan has lent her voice to the character of Elsa in the Tamil version. South superstar Mahesh Babu’s daughter, Sitara has been roped in to voice baby Elsa in Telugu version of the film.

‘Frozen 2’ is the second film from the Disney franchise and promises to be more intense as it will show the past of Princesses Elsa and Anna, voiced by Kristen Bell and Idina Menzel in Hollywood version.

The film is directed by Chris Buck and Jennifer Lee. In India, ‘Frozen 2’ will release in India in English, Hindi, Tamil and Telugu on November 22, 2019.