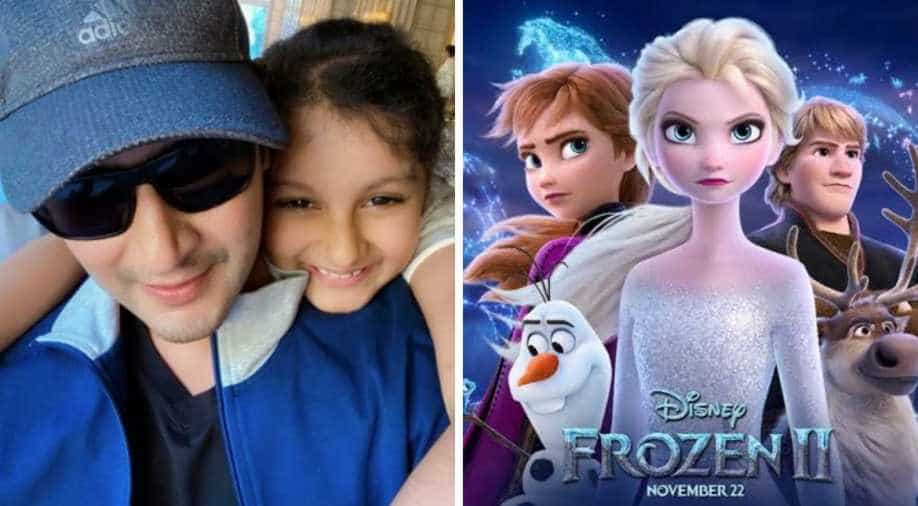 Excited mother and former actress Namrata Shirodkar shared her thoughts on the casting as she said that the entire family is super happy as Sitara has got to voice a character she adores as a viewer.

We now have a new child star as South actor Mahesh Babu’s young daughter Sitara has been roped to dub for baby Elsa in the upcoming film ‘Frozen 2’.

Disney’s ‘Frozen 2’ has been getting on board several big names and now for their Telugu rollout, Sitara has been cast as the voice for Queen Elsa when she was a baby in the film. The Hindi release has real-life cousins Priyanka Chopra and Parimeeti Chopra as Elsa and Anna in the film.

Excited mother and former actress Namrata Shirodkar shared her thoughts on the casting as she said that the entire family is super happy as Sitara has got to voice a character she adores as a viewer.

Meet the little star of the Telugu Film Industry. Sitara Papa will be the voice for Baby Elsa in Telugu!
Welcome to the Disney family, Sitara! #Frozen2@urstrulyMahesh #NamrataShirodkar pic.twitter.com/ubPcJTULx6

Namrata said, "Sitara has grown up to the tale of Frozen and has idolized Elsa ever since. Her love for the movie is so much that when she was offered to voice young Elsa, there was no way we could turn it down. It’s a movie that every girl relates to and Sitara is no different. We would like to thank the team of Disney for this wonderful opportunity, Sitara is extremely happy to be a part of the Telugu version of the movie and has thoroughly enjoyed voicing her favourite character."

Earlier, Mahesh Babu had revealed how his wife Namrata Shirodkar has set rules in place for their kids, Gautham and Sitara, so that the two grow up knowing that their parents are popular people but they have to be humble and rooted and make their own path to success in life.