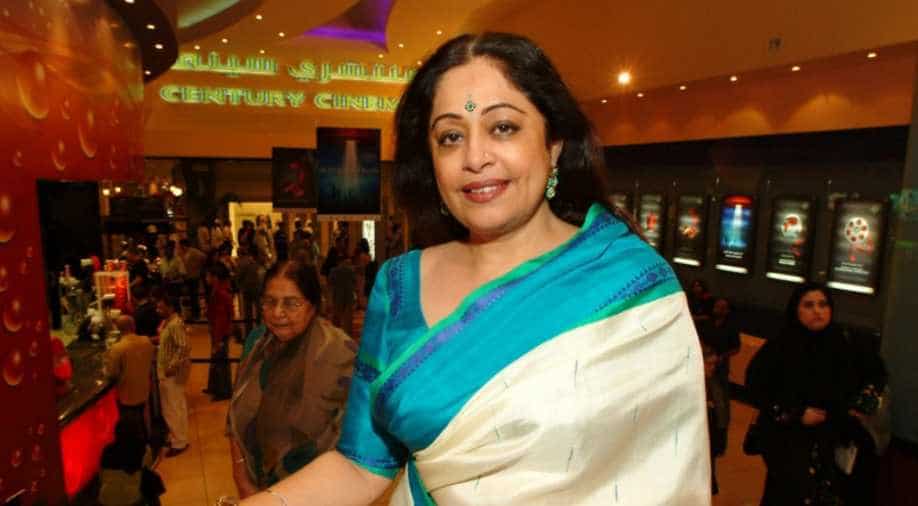 Union Minister Kirron Kher will be contesting from Chandigarh on a BJP ticket.  Photograph:( AFP )

Bollywood actress and Chandigarh MP Kirron Kher is reportedly suffering from a type of blood cancer and undergoing treatment for the same, according to her colleagues in Bhartiya Janata Party

Bollywood actress and Chandigarh MP Kirron Kher is reportedly suffering from a type of blood cancer and undergoing treatment for the same, according to her colleagues in Bhartiya Janata Party.

On Wednesday, the Chandigarh BJP president Arun Sood addressed a press conference and said that the 68-year-old MP was on a recovery path. She had begun treatment for the disease last year.

“She had suffered a broken left arm at her Chandigarh house on November 11 last year. After her medical tests at the Post Graduate Institute of Medical Education and Research (PGIMER) in Chandigarh, she was diagnosed with multiple myeloma. The disease had spread to her left arm and right shoulder. For treatment she had to go to Mumbai on December 4,” said Sood.

The actress was reportedly being treated in Mumbai's Kokilaben Hospital and the disease had receded from her arm and shoulder after months of treatment.

“Even though she is recovering after her four-month treatment and no longer admitted at Kokilaben Hospital, Mumbai, she has to visit the hospital regularly for treatment," Sood added.

The news was confirmed by her husband, actor Anupam Kher on Twitter on Thursday.

The revelation about her illness comes after she and her party were criticised by the opposition Congress for her prolonged absence from Chandigarh during the Covid-19 outbreak. Kher was accussed of ignoring her constituency during the pandemic.

Kher had released a video in April last year, countering the allegations.

On Wednesday, Sood stated that the actress-turned-politician was in Chandigarh till December. "She was in the city till December last year. She is a senior citizen and diabetic. She was advised against venturing outside the house during the lockdown. Only to get treatment for the disease she had left the city. Despite her illness, Kher has been in regular touch with me discussing various city-related issues,” Sood added.

A National Award-winning actress, Kirron Kher has appeared in several prominent films including 'Devdas', 'Khamosh Paani' and 'Khoobsurat' to name a few.