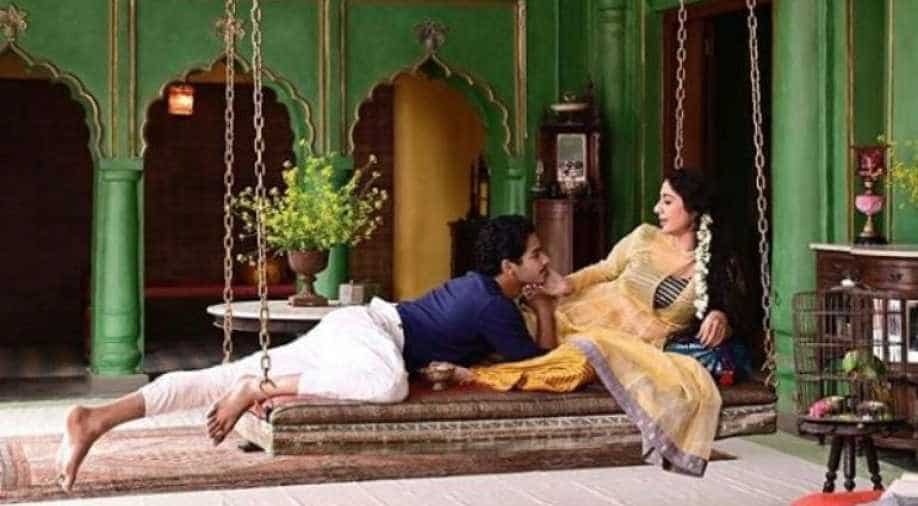 Ishaan Khatter and Tabu in a still from 'A Suitable Boy'. Photograph:( Instagram )

Based on Vikram Seth's award-winning book of the same name, 'A Suitable Boy' is a six-part series for BBC with hour long episodes.

The first look of Mira Nair's much talked about web series 'A Suitable Boy' is out. Featuring Ishaan Khatter and Tabu, the photo has the two in what appears to be in a courtyard of sorts of a vintage bungalow. In the image, Khatter looks mesmerized by Tabu who gently seems to hold Ishaan's face while the two are perched on a swing.

Ishaan Khatter shared the image on his Instagram page on Monday.

Based on Vikram Seth's award-winning book of the same name, 'A Suitable Boy' is a six-part series for BBC with hour long episodes.
The series has numerous prominent names in the cast including Rasika Dugal, Vivaan Shah, Namit Das, Tanya Maniktala and Shefali Shah.

Actress Tanya Maniktala too shared the first look of her character, Lata on Instagram

Welcome to the world of A Suitable Boy. . . . . #ASuitableBoy

Set in the post-partition era, the story is of 18 year old Lata and her mother's search for a 'suitable boy' for her daughter. The story spans over 18 months and multiple cities.