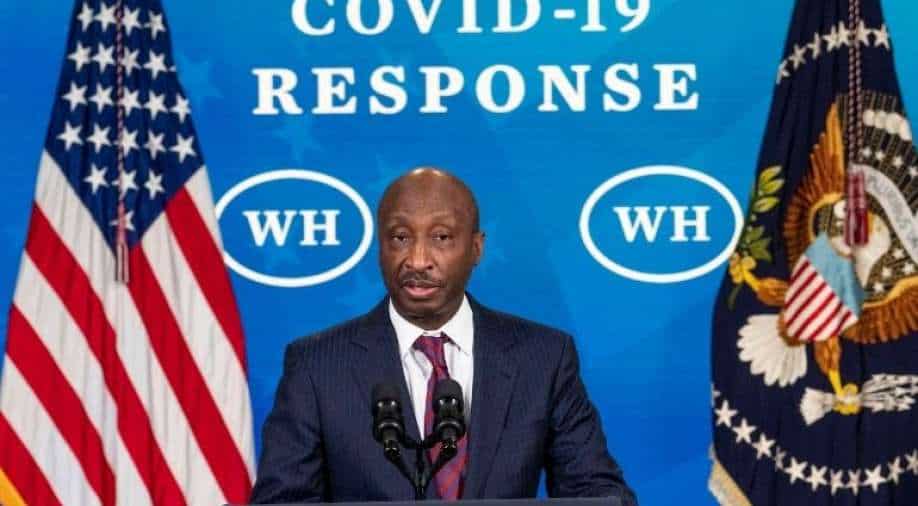 The campaign appears to be the first time that so many powerful Black executives have organized to directly call out their peers for failing to stand up for racial justice.

Dozens of the most prominent Black business leaders in America are banding together to call on companies to fight a wave of restrictive voting bills being advanced by Republicans in at least 43 states. The campaign appears to be the first time that so many powerful Black executives have organized to directly call out their peers for failing to stand up for racial justice.

The effort, led by Kenneth Chenault, a former chief executive of American Express, and Kenneth Frazier, the chief executive of Merck, is a response to the swift passage of a Georgia law that they contend makes it harder for Black people to vote. As the debate about that bill raged in recent weeks, most major corporations — including those with headquarters in Atlanta — did not take a position on the legislation.

“There is no middle ground here,” Chenault said. “You either are for more people voting, or you want to suppress the vote.”

The executives did not criticize specific companies but instead called on all of corporate America to publicly and directly oppose new laws that would restrict the rights of Black voters and to use their clout, money and lobbyists to sway the debate with lawmakers.

In the days before the Georgia law was passed, almost no major companies spoke out against the legislation, which introduced stricter voter identification requirements for absentee balloting, limited drop boxes and expanded the legislature’s power over elections.

Big corporations based in Atlanta, including Delta Air Lines, Coca-Cola and Home Depot, offered general statements of support for voting rights, but none took a specific stance on the bills. The same was true for most of the executives who signed the new letter, including Frazier and Chenault.

Frazier said he had paid only peripheral attention to the matter before the Georgia law was passed Thursday. “When the law passed, I started paying attention,” he said.

When Frazier realized what was in the new law, and that similar bills were being advanced in other states, he and Chenault decided to take action. On Sunday, they began emailing and texting with a group of Black executives, discussing what more corporations could do.

“There seems to be no one speaking out,” Frazier said. “We thought if we spoke up, it might lead to a situation where others felt the responsibility to speak up.”

Among the other executives who signed the letter were Ursula Burns, a former chief executive of Xerox; Richard Parsons, a former chair of Citigroup and chief executive of Time Warner; and Tony West, chief legal officer at Uber. The group of leaders, with support from the Black Economic Alliance, bought a full-page ad in the Wednesday print edition of The New York Times.

The executives are hoping that big companies will help prevent dozens of similar bills in other states from becoming law.

“The Georgia legislature was the first one,” Frazier said. “If corporate America doesn’t stand up, we’ll get these laws passed in many places in this country.”

In 2017, Frazier was the first chief executive to publicly resign from President Donald Trump’s business advisory councils after the president’s equivocating response to white nationalist violence in Charlottesville, Virginia. His resignation led other chief executives to distance themselves from Trump, and the advisory groups disbanded.

Companies have taken stands on state legislation in recent years, often to powerful effect. In 2016 and 2017, as conservatives advanced so-called bathroom bills in states including Indiana, North Carolina, Georgia and Texas, big companies went so far as to threaten to take their business elsewhere if the laws were enacted. Those bills were never signed into law.

Last year, the Human Rights Campaign began persuading companies to sign on to a pledge that states their “clear opposition to harmful legislation aimed at restricting the access of LGBTQ people in society.” Dozens of major companies, including AT&T, Facebook, Nike and Pfizer, signed on.

To Chenault, the contrast between the business community’s response to that issue and to voting restrictions that disproportionately harm Black voters was telling.

“You had 60 major companies — Amazon, Google, American Airlines — that signed on to the statement that states a very clear opposition to harmful legislation aimed at restricting the access of LGBTQ people in society,” he said. “So, you know, it is bizarre that we don’t have companies standing up to this.”

“This is not new,” Chenault added. “When it comes to race, there’s differential treatment. That’s the reality.”

Activists are calling for boycotts of Delta and Coca-Cola for their tepid engagement before the Georgia law was passed. And there are signs that other companies and sports leagues are becoming more engaged with the issue.

The head of the Major League Baseball Players Association said he “would look forward” to a discussion about moving the All-Star Game from Atlanta, where it is planned for July. And Jamie Dimon, chief executive of JPMorgan Chase, released a statement Tuesday affirming his company’s commitment to voting rights.

“Voting is fundamental to the health and future of our democracy,” he said. “We regularly encourage our employees to exercise their fundamental right to vote, and we stand against efforts that may prevent them from being able to do so.”

That language echoed statements made by many big companies before the Georgia law was passed. The executives who signed the letter are likely to seek more.

“People ask, ‘What can I do?’” Chenault said. “I’ll tell you what you can do. You can publicly oppose any discriminatory legislation and all measures designed to limit Americans’ ability to vote.”