Yearbook photos of girls were altered to hide their chests 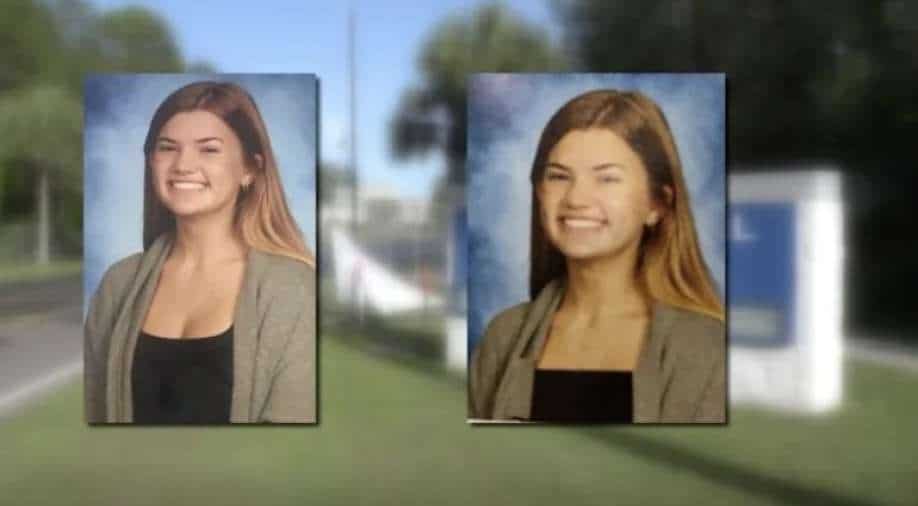 Dozens of other students — all girls — had similar edits, many of them clumsy alterations that covered more of their chests

There had been rumors all day that the yearbook photos had been altered, said Riley O’Keefe, a ninth grader at Bartram Trail High School in St. Johns County, Florida.

When she finally got her copy, O’Keefe, 15, opened the page to her photo and laughed in disbelief.

A black bar had been added to cover more of her chest, she said. Then, O’Keefe thumbed through the rest of the yearbook. Dozens of other students — all girls — had similar edits, many of them clumsy alterations that covered more of their chests.

O’Keefe said she had been confused at first, then furious. Other girls approached her and said the alterations made them feel sexualized and exposed.

Many students and parents are now demanding an apology.

They said the altered photos were the latest in a series of crackdowns by administrators who have used an outdated dress code to police the way girls dress.

“They need to recognize that it’s making girls feel ashamed of their bodies,” O’Keefe said of the altered photos.

At least 80 photos of female students were altered. No pictures of male students, including one of the swim team in which the boys wore Speedo bathing suits, were digitally altered, according to O’Keefe and parents who saw the yearbook.

School administrators and district officials did not respond to requests for comment Saturday.

Bartram Trail, a public high school with about 2,500 students, says on its website that yearbook photos “must be consistent with the St. Johns County School District Student Code of Conduct or may be digitally adjusted.”

Christina Langston, a district spokeswoman, told The St. Augustine Record that a teacher who serves as the yearbook coordinator had made the edits.

“Bartram Trail High School’s previous procedure was to not include student pictures in the yearbook that they deemed in violation of the student code of conduct, so the digital alterations were a solution to make sure all students were included in the yearbook,” Langston told The Record.

She said the school was offering refunds and “receiving feedback from parents/guardians/students on making this process better for next year.”

O’Keefe’s mother, Stephanie Fabre, and stepmother, Taryn O’Keefe, said they planned to attend a school board meeting to call for changes to the dress code, which forbids girls to wear tops or shirts that do not cover “the entire shoulder” or from wearing shorts or skirts that are more than 4 inches above the knee.

Shirts “must be modest and not revealing or distracting,” the dress code states.

“They’re all good students, and we’re going to focus on whether you have too much shoulder showing?” Taryn O’Keefe said. “It’s out of control.”

In March, students were outraged when administrators at the high school stood in the hallway and called out dozens of girls or took them out of class for violating the dress code.

One male teacher called out at a student who wore a zip-up jacket over a sports bra, said Riley O’Keefe, who said she had spoken to the girl.

The girl was ordered to remove the jacket and wear a white T-shirt that school officials gave her, O’Keefe said. The girl also described what happened to News4Jax.

The next day, some of the boys protested in solidarity with the girls by wearing dresses and skirts. One boy wore swim shorts over his pants and a bright pink wig, O’Keefe said.

O’Keefe said that as far as she knew, none of the boys had been disciplined.

After the March incident, which students have described as a “sweep,” O’Keefe started an online petition to change the dress code. It has nearly 5,000 signatures.

Adrian Bartlett, whose daughter, Brooke, 15, is a ninth grader at the high school, said she also wanted the school to reprint the yearbooks without alterations.

She said that when her daughter had received her yearbook last week, it looked as if a rectangular piece of her plaid shirt had been cut and pasted over her chest.

It was infuriating, she said, after her daughter had struggled with stress from the pandemic and other mental health issues over the past year.

“The school did a horrible job of protecting our children’s mental health by body-shaming,” Bartlett said. “It’s making our kids feel like they should cover up their bodies, they should be ashamed of them, and it was humiliating for many of them.”

Nancy Tray, 44, whose daughter is in the fifth grade, said the dress code is typically enforced starting in middle school. She said it is written in a way that gives wide latitude to principals.

Even if a child is abiding by the code, an administrator may decide that a girl’s dress or shorts are still too short, Tray said. Often, female students wear sweatpants or long pants in Florida’s hot weather rather than risk being pulled out of class and disciplined, she said.

Tray said her son, who is in the eighth grade, never had to worry about the way he dressed.

“When he started middle school, he rolled out of bed, pulled on some clothes and tossed them on,” she said. “I’ve been fighting this daily to give my daughter that same opportunity.”

Tray said she worries about what the policy could do to her daughter’s self-esteem.

She said her son recalled one sixth-grade girl had worn a sundress on her first day of school only to have a teacher scold her in front of other students.

“We’ve worked really hard over the last 10 years to raise a strong, confident, sassy girl,” Tray said. “If her middle school tries to take that away from her, my husband and I are going to have a huge problem with it.”

Rocket fired at Iraqi base hosting US troops: Report