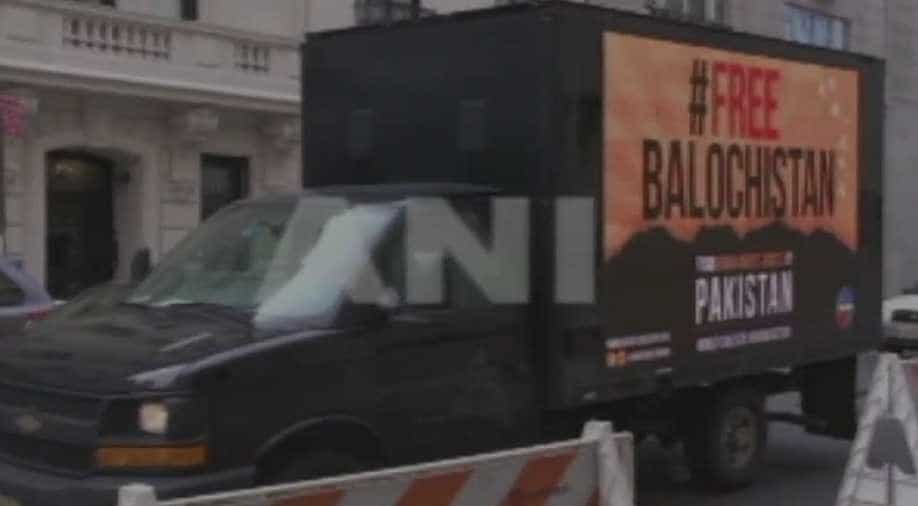 The campaign was carried on trucks with advertisements saying 'Free Balochistan from human rights abuses by Pakistan'. Photograph:( ANI )

The World Baloch Organisation on Monday continued with its campaign in New York against the human rights abuses in Balochistan.

The campaign was carried on trucks with advertisements saying "Free Balochistan from human rights abuses by Pakistan".

The protest had started in New York on December 22.

Earlier a similar protest was carried out by the members of Baloch and Sindhi community in London. They had staged the protest against Pakistan's China Pakistan Economic Corridor (CPEC).

"Balochistan was annexed by Pakistan against the people's will in 1948 and has been under military occupation ever since, with mass kidnappings, torture, and executions by the Pakistan army. Pakistan wants to keep this hidden. We are doing this campaign to expose these abuses," the spokesperson for the World Baloch Organisation, Bhawal Mengal said earlier.