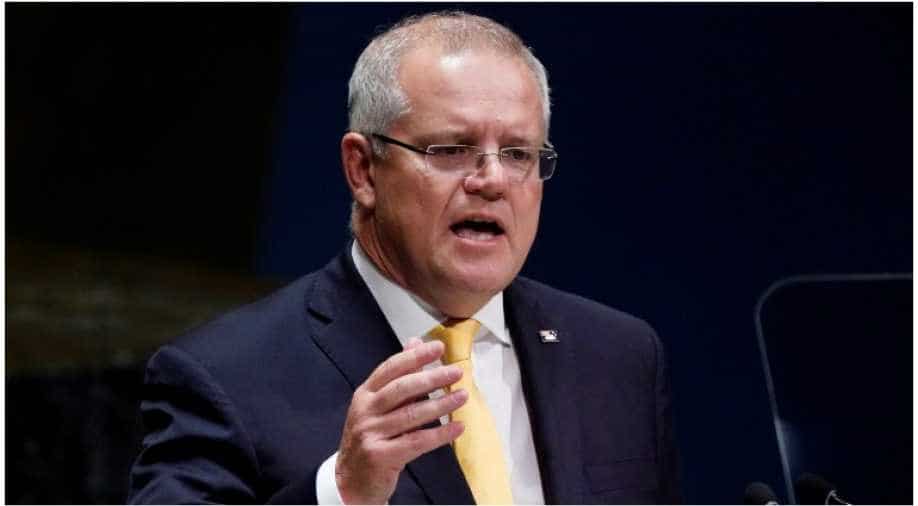 Morrison told the woman that Queensland Liberal Senator Michelle Landry would take up her case with Immigration Minister Alex Hawke, before the pair helped the woman back to her feet

A distraught woman knelt at the feet of Australian Prime Minister Scott Morrison on Tuesday to plead for help with her family in Africa.

Morrison had just finished a news conference in the Queensland city of Rockhampton when the woman approached the prime minister.

Morrison crouched down next to the woman, holding her hands, as she explained she was from Cameroon.

"There's a genocide going there. I've lost half of all my family. I've got no family left if you don't help me. Everybody will die. Help me, help me, help me," the woman said.

Morrison told the woman that Queensland Liberal Senator Michelle Landry would take up her case with Immigration Minister Alex Hawke before the pair helped the woman back to her feet.

Cameroon is known as 'miniature Africa' due to its multiculturalism. It has a population of 26 million and the people living in the country speak 24 languages.

This Western African country is caught in multiple conflicts. In the far north, attacks by Boko Haram have become a daily affair.

People are being killed and kidnapped and their property and lives are being destroyed.

In the southwest, there is an anglophone crisis. English-speaking Cameroonians make for 20 per cent of the country's population. Many of them feel marginalised and their demand for federalism has turned violent. Civilians in the region have been caught in the crossfire between the Cameroonian armed forces and the separatists.

Cameroonian forces have been accused of extrajudicial killings and unlawful detention.

21 civilians were massacred in a separatist area in Ngarbuh last year. As a result, the United Nations called on Cameroonian government to respect international laws.

Paul Biya, 88, is Cameron's president and has been in office for nearly four decades.

In 2018, when Cameroonian soldiers were caught on camera killing two women and two children, Biya's government dismissed the video and called it fake. The same soldiers were found guilty of murder two years later in a trail.

Paul Biya barely makes public appearances anymore. He is only interested in remaining in office till death and handing over this throne to his son.