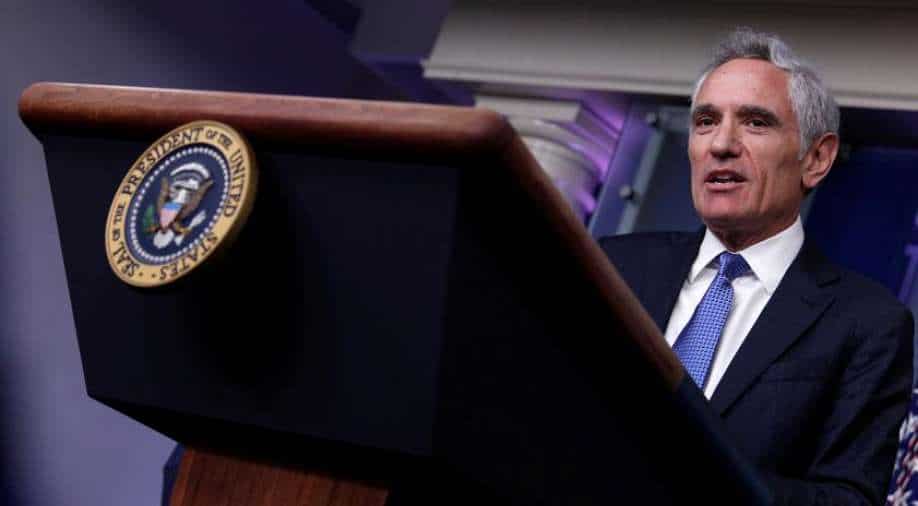 Atlas, a neuroradiologist and member of the White House coronavirus task force, appeared on the channel on Saturday and criticized coronavirus lockdowns measures, calling them an "epic failure" at stopping the virus` spread.

White House coronavirus adviser Scott Atlas apologized on Sunday for giving an interview to Russia`s Kremlin-backed television station RT, saying he was unaware the outlet was a registered foreign agent in the United States.

Atlas, a neuroradiologist and member of the White House coronavirus task force, appeared on the channel on Saturday and criticized coronavirus lockdowns measures, calling them an "epic failure" at stopping the virus` spread.

"I recently did an interview with RT and was unaware they are a registered foreign agent," Atlas wrote on Twitter. "I regret doing the interview and apologize for allowing myself to be taken advantage of.

"I especially apologise to the national security community who is working hard to defend us," Atlas said.

RT registered as a foreign agent three years ago. A January 2017 report from U.S. intelligence agencies said the television station, which broadcasts on cable in the United States, is "Russia`s state-run propaganda machine" and that it contributed to the Kremlin`s campaign to interfere with the 2016 presidential election in favor of the winning candidate, Republican President Donald Trump.

After that report, the U.S. Department of Justice insisted that RT America comply with requirements under the Foreign Agent Registration Act (FARA).

"The lockdowns ... will go down as an epic failure of public policy by people who refused to accept they were wrong," Atlas told RT in the Saturday interview.

Public health experts in the United States have previously raised concerns that Atlas, who has no background in infectious diseases, is providing misleading or incorrect information on the pandemic to Trump.

Anthony Fauci, the leading U.S. infectious disease expert, said on Saturday that Atlas is the only pandemic adviser who Trump regularly sees.

"I have real problems with that guy," Fauci told the Washington Post. "He`s a smart guy who`s talking about things that I believe he doesn`t have any real insight or knowledge or experience in."