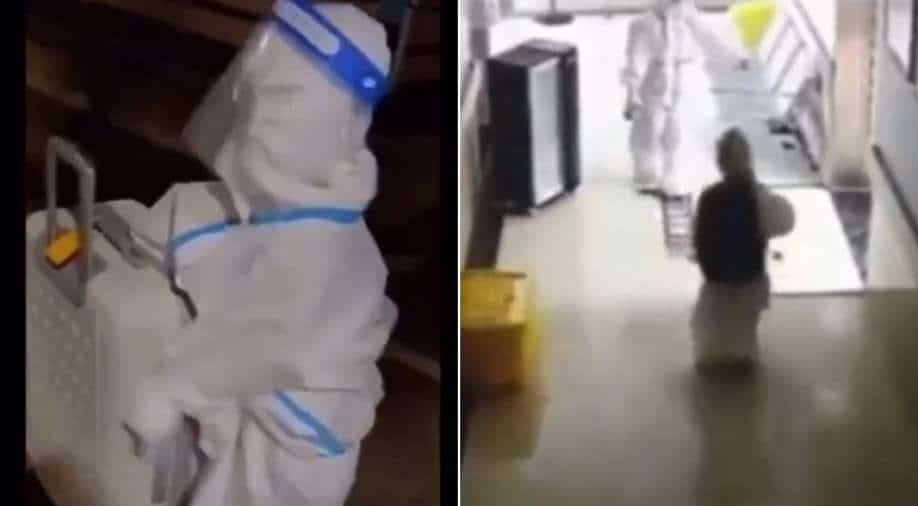 (Disclaimer: The videos can be triggering for some people. WION cannot independently verify the authenticity of this video)

As cases are increasing in China's Fujian province, children, as little as four-year-old, are also being forced into isolation wards without their parents.

A video being shared on Chinese social media show an unaccompanied four-year-old boy being forced into isolation ward and CT scan rooms.

The small unaccompanied four-year-old boy was dressed in all-white hazmat suit walking with a suitcase as the authorities are forcing him to go into isolation during late hours of night.

A 4-year-old kid — who tested positive (asymptomatic) for COVID-19 — in Putian (莆田), Fujian province, is being taken away for quarantine by himself. Putian is where a major outbreak is happening at the moment. pic.twitter.com/7op6qnCQSC

The cases have come to light after a new cluster has been observed in Fujian province. Cases peaked to 186 within a week after 85 new infections were reported on September 15 itself.

In this new surge of cases, which has majorly been caused due to the Delta variant, the most troubling cases are the ones in which children are getting infected. Nearly 36 children under the age of 10, and as little as four, have contracted the virus.

Due to the increase in cases, the authorities decided to put children in isolation wards, but all of them were unaccompanied.

These unaccompanied children are being temporarily separated from their parents and are also undergoing various medical examinations alone, such as CT scan and more.

The videos were reportedly posted by a nurse who works at a fever clinic at the Affiliated Hospital of Putian University. She also posted a second video of a child dressed in hazmat suit with a backpack, entering a room for CT scan.