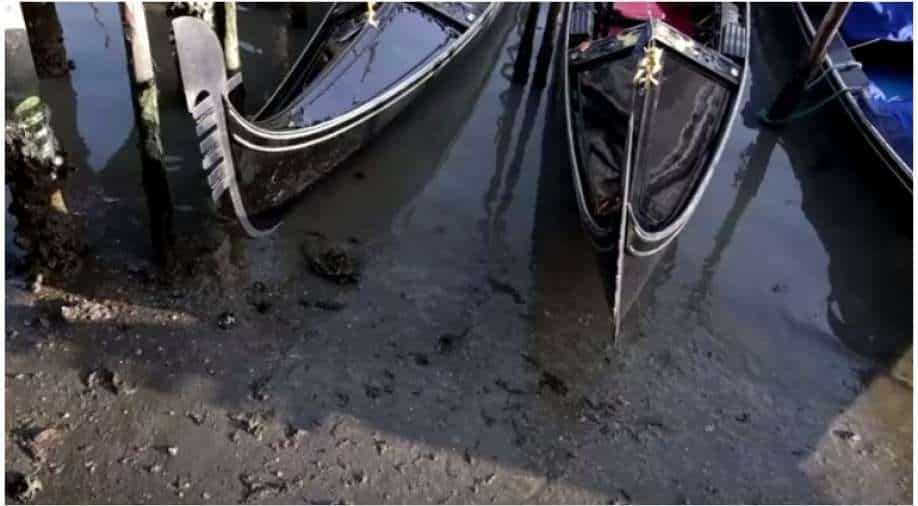 Venice, the city famous for art, architecture and canals has always had fragile balance between low and high tides

The famous canals of Venice in Italy nearly dried up on Friday (February 26) as exceptionally low tide took the water out of the famed waterways. Traditional gondolas and boats could be seen almost beached. The water levels reached -48 cm. This created an unusual landscape.

Venice, the city famous for art, architecture and canals has always had fragile balance between low and high tides that create large variations in sea levels. Venice is built on a collection of small islands within a saltwater lagoon off the north-eastern coast of Italy.

Venice's floods, "acqua alta" in Italian, are caused by a combination of factors, exacerbated by climate change -- from rising sea levels and unusually high tides to land subsidence that has caused the ground level of the city to sink.

In December last year, such an 'acqua alta' event had caused flooding in Venice. Images of famous St Mark's square under water did rounds at that time.