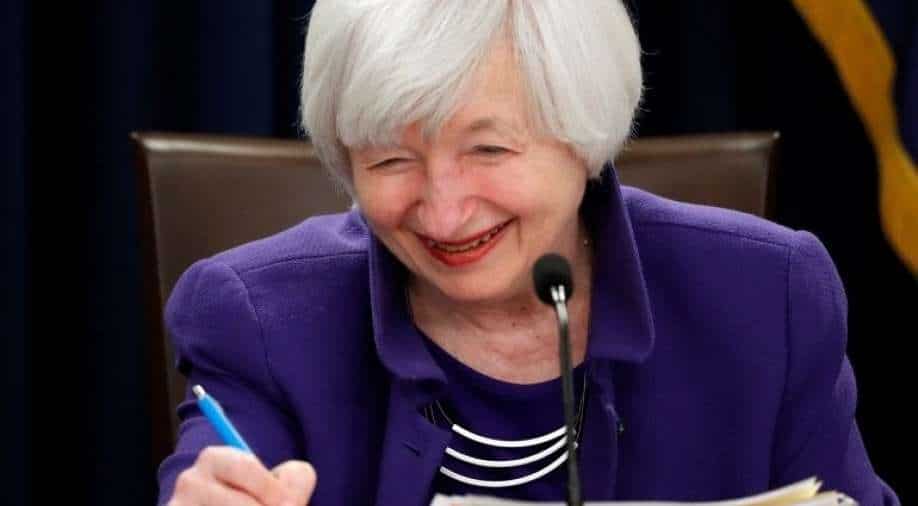 "We are very concerned about the Delta variant and other variants that could emerge and threaten recovery," Yellen told reporters following a G20 meeting in Venice, Italy

US Treasury Secretary Janet Yellen said Sunday she was "very concerned" about the risk that new variants of coronavirus could pose to the global economic recovery from the pandemic.

"We are very concerned about the Delta variant and other variants that could emerge and threaten recovery," she told reporters following a G20 meeting in Venice, Italy.

"We are a connected global economy, what happens in any part of the world affects all other countries."

In their final statement issued late Saturday, G20 finance ministers warned that the spread of new variants was a "downside risk" to the economic recovery, while also warning of the dangers of differing paces of vaccination campaigns.

"We recognise the importance of working together to speed the process of vaccination and have the goal of wanting to vaccinate 70 per cent of the world's population next year," Yellen said.

She said "a lot has been done" to finance the purchase of vaccines by developing countries, but said the world needed to "do something more and to be more effective" with respect to responding to outbreaks around the world, such as sending therapeutics and protective equipment.

The G20 on Friday heard from a specially commissioned panel of experts who warned the world must invest much more -- at least $75 billion over the next five years -- to prepare for and try to avert the next pandemic.

"While we're focused on the medium- and long-term... we certainly realise we also need to do more in the near term," Yellen said.

The World Trade Organization, the International Monetary Fund, the World Bank and the World Health Organization "have formed a taskforce to work on this and we've asked that we have regular monthly reports on how that work is going and that we address this issue more fully in October" at the G20 ministers' next meeting.

"But certainly variants represent a threat to the entire globe," Yellen said.