US tells UN weekend airstrikes were aimed at deterring Iran 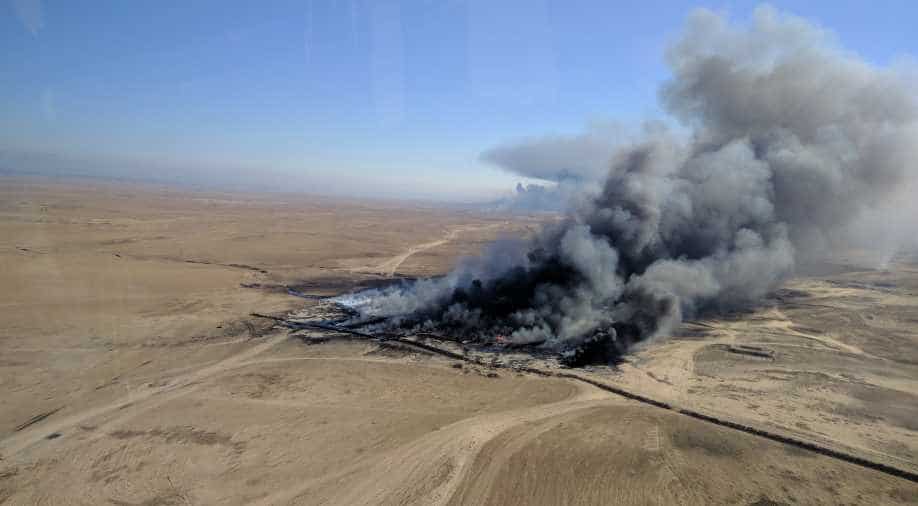 Under Article 51 of the United Nations Charter, the 15-member Security Council must immediately be informed of any action that states take in self-defence against armed attack

The United States told the UN Security Council on Tuesday that it targeted Iran-backed militia in Syria and Iraq with airstrikes to deter the militants and Tehran from conducting or supporting further attacks on US personnel or facilities.

Under Article 51 of the United Nations Charter, the 15-member Security Council must immediately be informed of any action that states take in self-defence against armed attack.

US Ambassador to the United Nations, Linda Thomas-Greenfield, said the airstrikes hit facilities used by militia blamed for an escalating series of drone and rocket attacks against US personnel and facilities in Iraq.

"This military response was taken after non-military options proved inadequate to address the threat, with the aim of deescalating the situation and preventing further attacks," she wrote in a letter.

President Joe Biden wrote a similar letter to Congress on Tuesday. "The United States stands ready to take further action, as necessary and appropriate, to address further threats or attacks," he said.

US troops came under rocket fire in Syria on Monday in apparent retaliation for weekend US air strikes. About 34 rockets were fired in the attack, but there were no injuries, a US military official said on Tuesday.

Also Read: Israel tells US it has serious reservations about Iran nuclear deal

While the Iraqi and US militaries coordinate closely in a separate battle in Iraq against remnants of the Sunni extremist group Islamic State, Iraq's government and military condemned the US airstrikes against the Iran-back militia.

The United States began airstrikes against Islamic State in Syria in 2014, telling the United Nations it acted because Syrian President Bashar al-Assad's government had failed to wipe out safe havens used by the militants to launch attacks on Iraq.

Iraq told the UN Security Council at the time that it requested US help because a safe haven for the militants in Syria had made its border 'impossible to defend'.