US back with 'guns blazing' on climate issue: US Treasury adviser 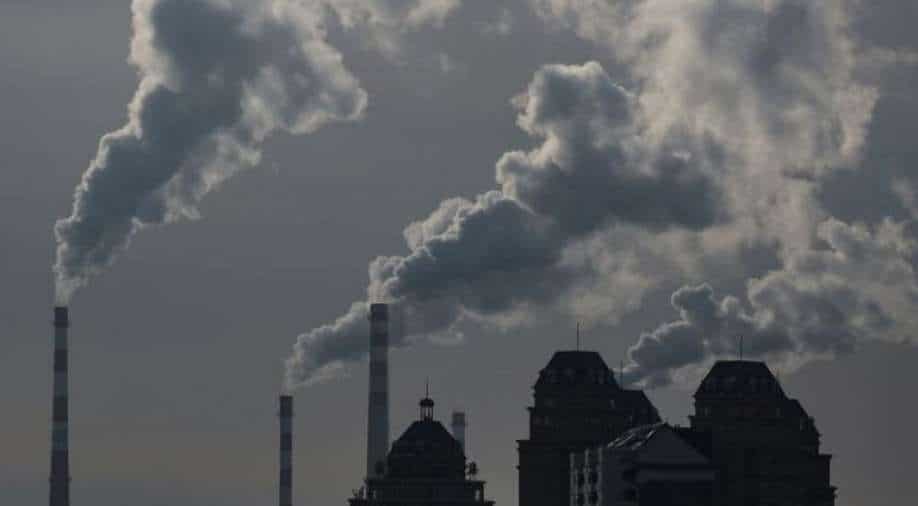 FILE PHOTO: Smoke rises from the chimneys of a power plant in Chinese border city Heihe, as seen from Blagoveshchensk, in Amur region, Russia Photograph:( Reuters )

The US Treasury's top climate adviser said that renewed US engagement on climate change under President Joe Biden has helped put the issue at the top of the Group of 20 agenda and is galvanizing fresh commitments to reduce emissions to net zero.

Climate change will feature prominently in this weekend's G20 summit in Rome, said John Morton, a former private equity adviser and Treasury's first climate counselor. He also forecast a spate of new commitments from countries and the private sector ahead of the COP26 UN climate conference that starts on Monday in Glasgow.

"That's an indication of the seriousness with which the global community is now taking climate change," he told Reuters in an interview on Friday. "And obviously, this administration has come back in guns blazing on the issue in really important ways."

At their weekend meeting, leaders of the Group of 20 richest nations will commit to step up their efforts to limit global warming at 1.5 degrees Celsius, according to a draft statement seen by Reuters.

Morton, who coordinates climate-focused work across Treasury divisions, said he hoped Biden's $1.75 trillion spending plan, with $555 billion in clean energy tax credits and other climate-related measures, would be finalized in coming days.

"It would be an absolutely historic investment into climate change, by far the biggest in American history, and it would supercharge the efforts around the transition," he said.

That spending comes on top of separate measures included in a separate $1 trillion infrastructure bill, but several of the administration's original proposals were killed in congressional negotiations.

Morton said cutting emissions and transitioning to a net-zero economy was an "economic imperative" required to ensure continued US competitiveness, especially given massive investments being made by other countries like China.

"The benefit of this legislation is that it puts in place the incentives and the building blocks to actually begin addressing that issue," he said, referring to tax credits and incentives in the spending bill that are aimed at advancing technologies such as solar, wind and batteries.

"Shame on us if we don't take advantage of those economic opportunities at home and create the jobs that we know will be the jobs of the next decades," he said.

Washington is also working with international partners to invest in accelerating efforts to transition away from coal, Morton said.