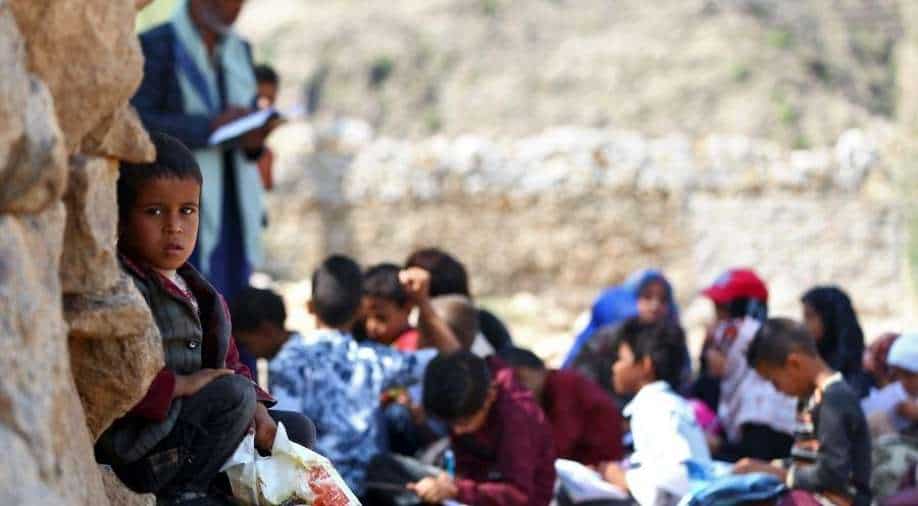 The Sunday blaze at an overcrowed holding facility in Sanaa killed an unconfirmed number of migrants and injured more than 170, over half of them seriously, the International Organization for Migration said.

The UN migration agency has urged rebels who control the Yemeni capital Sanaa to provide access to dozens of African migrants who were seriously injured in a weekend hostel fire.

The Sunday blaze at an overcrowed holding facility in Sanaa killed an unconfirmed number of migrants and injured more than 170, over half of them seriously, the International Organization for Migration said.

"As many migrants are in a critical condition, meeting their health needs must be an urgent priority," IOM Middle East and North Africa director Carmela Godeau said in a statement Tuesday.

"We are facing challenges accessing the injured due to an increased security presence in the hospitals," she said.

"Humanitarians and health workers must be given access to support the treatment of those affected by the fire."

There has still been no word from the Huthi rebel authorities on what caused Sunday's fire or how many people it killed.

The IOM said more than 350 migrants, most of them from Ethiopia, were in a hangar area where the fire broke out.

"While the cause of the fire is still unconfirmed, its impact is clearly horrific," said Godeau.

Despite more than six years of devastating conflict in Yemen that have created what the UN describes as the world's worst humanitarian crisis, the impoverished country is still a magnet for migrants from the nearby Horn to Africa seeking a better life in neighbouring Saudi Arabia.

Restrictions on movement imposed during the coronavirus pandemic have led to a reduction in migrant arrivals from more than 138,000 in 2019 to just over 37,500 in 2020.

But they have also led to "thousands of migrants becoming stranded with little access to basic services or protection," the IOM said.

It said it was working with Ethiopian authorities to restart a voluntary repatriation programme for stranded migrants.

More than 6,000 have registered to return home from Yemen's government-held second city Aden, of whom a first 1,100 are are expected to leave in the coming weeks, the IOM said.