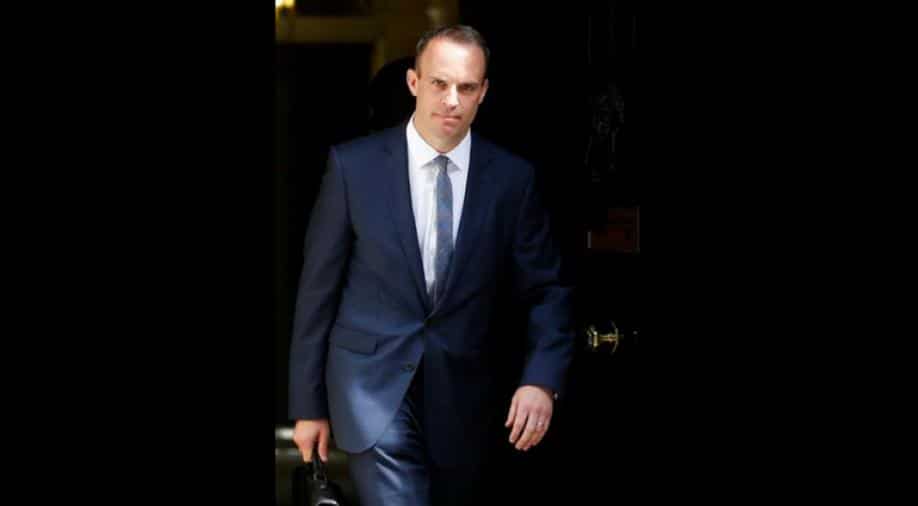 Member of Parliament of the United Kingdom Photograph:( Reuters )

Britain's Brexit secretary will warn the European Union on Monday that his government's willingness to compromise in divorce talks is "not without limits".

In a speech to his Conservative party conference in Birmingham, central England, Dominic Raab will repeat London's threat to walk away if it cannot get a deal it wants.

"My approach to Brexit is pragmatic, not dogmatic," he will say, according to extracts released by the party.

"But our willingness to compromise is not without limits. We are leaving the European Union in fact, not just in name."

EU leaders have rejected Prime Minister Theresa May's plan for close post-Brexit trade ties, and demanded she rework the ideas before a summit next month.

Both sides are still hoping to reach a deal later this year, ahead of Brexit in March.

Raab said the British plan "manages the risks of Brexit" and "grasps the opportunities", while keeping open the border with Ireland.

"If an attempt is made to lock us in via the back door of the European Economic Area and Customs Union... or if the only offer from the EU threatens the integrity of our union, then we will be left with no choice but to leave without a deal," he will say.

May told the BBC on Sunday that she wanted to hear more detail about the EU objections.

"My mood is to listen to what the EU have to say about their concerns and to sit down and talk them through with them," she said.