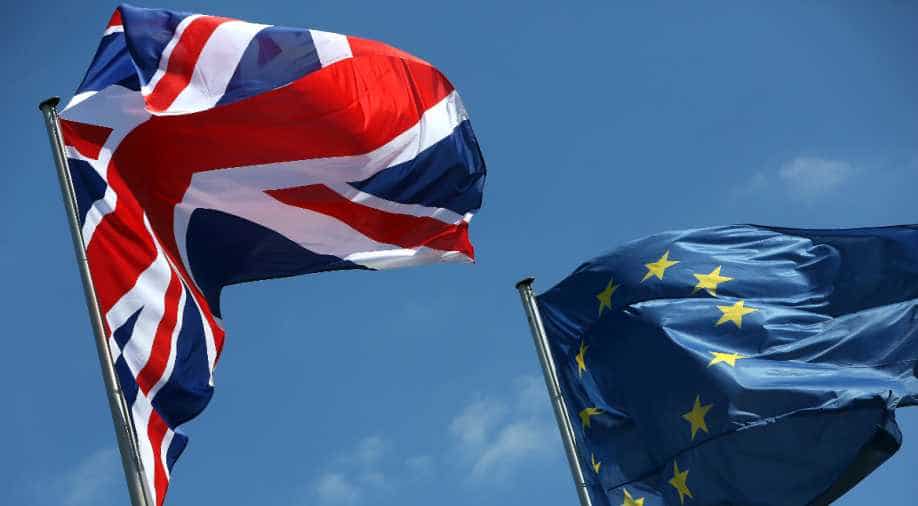 The High Court ruled last month that the government did not have the executive power alone to invoke Article 50 of the EU's Lisbon Treaty, formally starting exit talks which could take two years. Photograph:( Getty )

Britain's Supreme Court began a historic hearing on Monday to decide whether parliament has to approve the government's Brexit negotiations, in a highly-charged case that could delay the country's EU exit.

For the first time ever, all 11 Supreme Court judges convened to hear a challenge by the government against a ruling that Prime Minister Theresa May must seek lawmakers' approval before starting the process to leave the European Union.

The High Court ruled last month that the government did not have the executive power alone to invoke Article 50 of the EU's Lisbon Treaty, formally starting an exit talks which could take two years.

The decision enraged Brexit supporters and some newspapers who accused judges of thwarting the will of the 52 percent who voted "Leave" in the June 23 referendum.

The vote for Britain to become the first country to leave the 28-nation bloc sent shockwaves across the world and emboldened populists in Europe and the United States.

Supreme Court president David Neuberger said people involved in the case had received threats and abuse and stressed that the judges would rule without any political bias after criticism from Brexit backers.

A parliamentary vote on Article 50 could open the door to pro-EU lawmakers delaying or softening Britain's withdrawal from the bloc.

Neuberger said the judges were "aware of the strong feelings" surrounding Brexit but "those wider political questions are not the subject of this appeal".

"This appeal is concerned with legal issues, and, as judges, our duty is to consider those issues impartially, and to decide the case according to the law. That is what we shall do," he told the court.

He said some parties involved in the case had received threats of "serious violence and unpleasant abuse", warning that there were "legal powers" to deal with such threats.

In his opening statement, he said there was a "universal expectation" that the government would implement the referendum result.

He argued that the government had constitutional authority over foreign affairs, including the right to withdraw from treaties, under so-called "royal prerogative powers".

The royal prerogative is "not an ancient relic but a contemporary necessity," he said.

If it loses, the government is expected to introduce a short bill -- reportedly comprising just three lines of text -- which it will seek to push rapidly through parliament to authorise the triggering of Article 50.

May, who became Conservative prime minister after the Brexit vote, has insisted a parliamentary vote on the legislation would not disrupt her plans to trigger Article 50 by the end of March 2017.

However, the opposition Labour Party delivered a blow to the government Saturday when it announced it would seek to amend any bill, potentially delaying the process.

"When the Article 50 debate comes up, we will put forward an amendment to it, which will be on the issues of market access and protections. We want those to be part of the negotiation," Corbyn told Sky News.

A spokesman for May's Conservative Party accused Labour of attempting to "frustrate the will of the British people by slowing down the process... and trying to tie the government's hands" in Brexit negotiations.

May faces a further potential complication at this week's hearing from representatives of Scotland, Wales and Northern Ireland who will argue that Article 50 also needs to be approved by the devolved parliaments.

Such a ruling could further derail the prime minister's timetable and set up a stand-off between the nations.

Claimants in the case, led by investment fund manager Gina Miller, argue that triggering Article 50 would strip British citizens of certain rights established under European law -- which they say only parliament has the power to do.

Britain's foreign minister, Boris Johnson, voiced confidence in the government's case Sunday, telling the BBC: "There is no history in any EU negotiations or any EU treaty talks of the House of Commons doing anything to fetter the discretion of the government."

However, legal expert Michael Zander, a professor at the London School of Economics and Political Science (LSE), said the government had little chance of winning, describing the original ruling as "unanimous and very strong".

"In my view, the government could be looking at losing 11-0," he wrote in legal magazine Counsel.