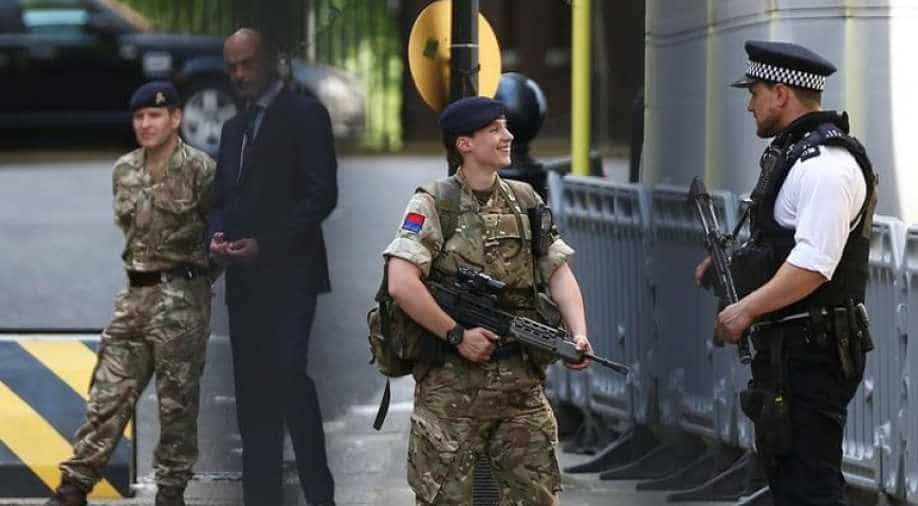 A soldier chats to an armed police officer in Downing Street in London, Britain May 24, 2017. Photograph:( Reuters )

British police have stopped sharing information about a suicide bombing in Manchester with US authorities following leaks of details of the investigation that has angered the government, the BBC said on Thursday.

(Also Read: Britain 'furious' over US leaks on Manchester attack)

The British government and police force have criticised the leaks which they say could undermine their investigation into the killing of 22 people at a concert on Monday.

The BBC did not give a source for its report.