Britain 'furious' over US leaks on Manchester attack 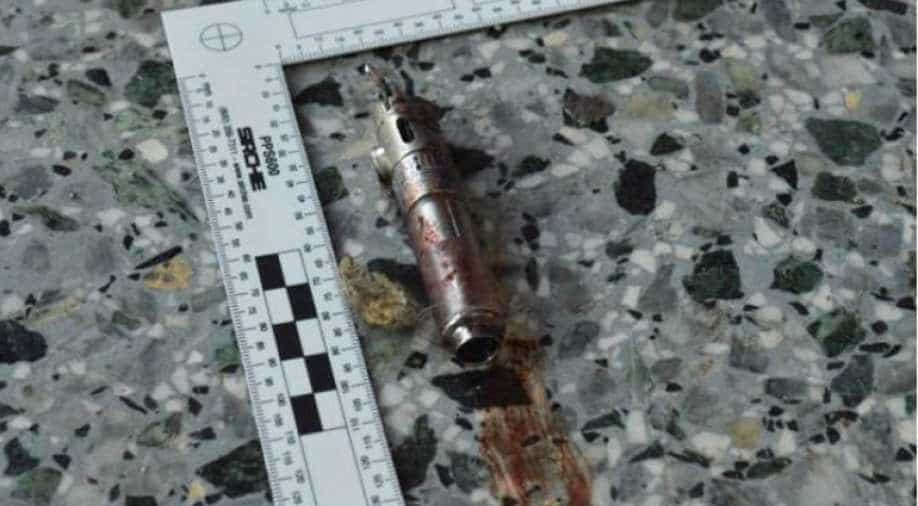 This photo obtained May 24, 2017 courtesy of The New York Times from British Law Enforcement, shows what the bomber in the Manchester terrorist attack appeared to have used to detonate a powerful explosive. Photograph:( AFP )

British Home Secretary Amber Rudd roasted the US Department of Homeland Security, other intelligence branches||Britain's National Counter Terrorism Policing body said the investigation was being 'undermined'||The row makes for an awkward backdrop for when Trump meets PM May in Brussels Thursday

"Furious" British officials scolded their US counterparts on Wednesday following repeated leaks of shared material about the investigation into the deadly Manchester terror attack.

British Home Secretary Amber Rudd roasted the US Department of Homeland Security and other intelligence branches after the bomber's identity and details of the probe leaked out to US media before British officials felt ready to disclose them.

But shortly after the interior minister complained, The New York Times newspaper again scooped British authorities and other media by publishing photographs from the scene of remnants of the bomb.

The pictures were apparently taken by police investigators and, according to British government ministry sources, leaked by US counterparts they had been shared with.

"We are furious. This is completely unacceptable," a government ministry source said. "These images leaked from inside the US system will be distressing for victims, their families and the wider public.

"The issue is being raised at every relevant level by the British authorities with their US counterparts."

The row -- which goes to the heart of the close intelligence-sharing relationship between the two allies -- provides an awkward backdrop to Prime Minister Theresa May's meeting with US President Donald Trump at the NATO summit in Brussels on Thursday.

Rudd revealed the frustration going on inside the probe to find the suspected network behind bomber Salman Abedi.

"The British police have been very clear that they want to control the flow of information in order to protect operational integrity... the element of surprise,"  Rudd told BBC radio.

"So it is irritating if it gets released from other sources and I have been very clear with our friends that that should not happen again."

Asked if the US authorities had compromised the investigation, she said: "I wouldn't go that far. But I can say that they are perfectly clear about the situation and that it shouldn't happen again."

But the National Counter Terrorism Policing body said the investigation was being "undermined".

“We greatly value the important relationships we have with our trusted intelligence, law enforcement and security partners around the world," a spokesman said.

"These relationships enable us to collaborate and share privileged and sensitive information.

“When that trust is breached it undermines these relationships, and undermines our investigations and the confidence of victims, witnesses and their families.

"This damage is even greater when it involves unauthorised disclosure of potential evidence in the middle of a major counter-terrorism investigation.”

Twenty-two people, including several children, were killed on Monday when a bomb went off at a concert by US pop star Ariana Grande in Manchester, northwest England.

British-born Abedi was identified as the suspected suicide bomber responsible. His name first surfaced in US media reports Tuesday, based on briefings given to US officials by their counterparts in London.

Earlier, US media, also quoting US security sources, identified the assailant as a suicide bomber, well before British authorities confirmed that publicly.

"They communicated to DHS as well as other US government agencies their concern over leaks about their investigation into the incident in Manchester -- information that's gotten into the press and public through US sources when the UK was leading the investigation and wants to protect the information," Lapan said.

"They've asked all of us to better protect the information that we have so as not to impede their investigation. We'll do whatever we can to honour that."

DHS and intelligence agencies contacted by AFP would not comment on whether they were the ones who leaked the information.