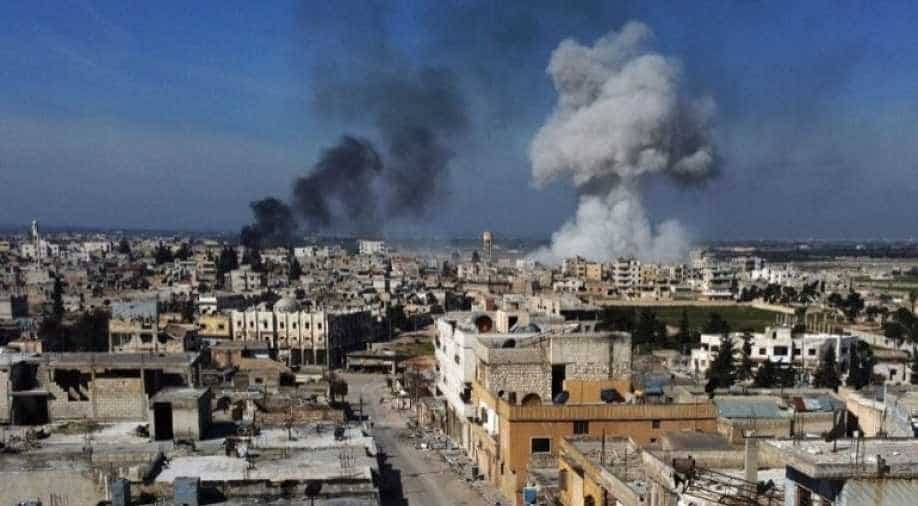 The Syrian Observatory for Human Rights, a Britain-based monitor, said the two Sukhoi jets fell in regime-held territory, likely after being targeted by Turkish F-16 planes.

The Syrian Observatory for Human Rights, a Britain-based monitor, said the two Sukhoi jets fell in regime-held territory, likely after being targeted by Turkish F-16 planes.

Since December, Russia-backed regime forces have led a military offensive against the last major rebel stronghold of Idlib, where Turkey supports some rebel groups.

Turkey's defence ministry also reported the downings Sunday but did not confirm who was responsible.

"Two SU-24 regime planes that were attacking our aircraft have been downed," it said.

Youssef Hammoud, a spokesman for the National Syrian Army -- a pro-Turkish group -- said two Sukhoi 24 planes were brought down, also without saying who was responsible.

The downings come after Turkey announced a military operation in northwest Syria after regime airstrikes on Thursday killed over 30 Turkish soldiers.

SANA said the unmanned aircraft was shot down near the town of Saraqeb, publishing footage of a plane tumbling down from the skies in flames.

The Observatory confirmed that downing.

The Syrian military had warned it would down any aircraft violating its air space over northwest Syria.

"Syrian military high command announces the closure of the airspace for planes and any drone above northwestern Syria and especially above the Idlib region," SANA reported a military source as saying.

"Any aircraft breaching our airspace will be treated as enemy aircraft that needs to be downed and prevented from carrying out its goals," the source said.

The regime offensive against jihadist-dominated Idlib has caused almost a million people -- mostly women and children -- to flee their homes and shelters, the United Nations says.

Neighbouring Turkey already hosts around 3.6 million Syrian refugees and is reluctant to let more in.

Tensions have also spiked in recent weeks between Ankara and Moscow, whose relationship has been tested by violations of a 2018 deal to prevent a regime offensive on Idlib.

Turkey deployed troops to observation posts in northwest Syria under that deal.

Syria's war has killed more than 380,000 people and displaced millions since it started in 2011 with the repression of anti-government protests.