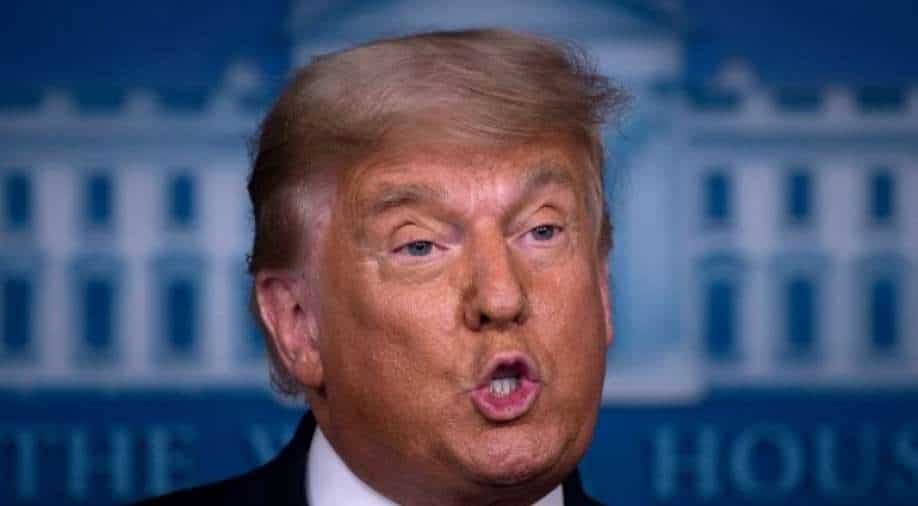 When the top lawmakers who oversee the Defense Department met privately this week to discuss a year-end effort to pass the annual military policy bill, a Republican senator, James Inhofe, issued an ultimatum: If they wanted the measure to pass this year, they would need to kill its requirement to strip the names of Confederate leaders from military bases.

The provision had broad support from members of both parties and top military officials when it passed the House and the Senate this year, amid a national outcry for racial justice, including removing historical symbols of oppression. But it infuriated President Donald Trump, who threatened to veto it, and Inhofe, the chairman of the Armed Services Committee, privately promised the president that he would scrap it before that became necessary.

Inhofe’s comments Monday night, which were described by two people familiar with the private discussion, previewed a looming fight over the issue that could snarl the entire defense bill in the waning days of the Trump administration. Lawmakers began formal negotiations on Wednesday to reconcile the two chambers’ versions of the legislation.

In the months preceding the election, Inhofe had publicly warned that the bill could not become law if it included the provision, given Trump’s opposition. His comments this week reflected how, even as his presidency winds down, Trump has continued to cast a cloud over the fate of critical legislation that authorizes pay raises for American troops — all because of an issue on which he has found himself almost entirely alone.

They also raised the prospect of a messy legislative showdown over whether to defend Confederate symbols. The defense bill passed both chambers with veto-proof majorities, but Congress has never been able to muster the votes to override any of Trump’s eight vetoes during his term.

Still, many Democrats are spoiling for a fight to keep the provision, and a number of Republicans have made it clear they want to preserve it as well.

“I don’t think we should back away from our values and what we stand for,” said Rep. Anthony Brown, D-Md. and an Army veteran who wrote the House measure. “I don’t think we should turn a blind eye to what would be viewed by many as a perpetuation of a racist symbol in a name, simply because he threatens to veto the Defense Authorization Act.”

Speaker Nancy Pelosi of California on Wednesday evening said retaining the provision in the final bill was vital.

“It is imperative that the conference report include provisions that secure this essential priority,” Pelosi said in a statement. “Our bases should reflect our highest ideals as Americans.”

The two top Democrats on the armed services panels, Rep. Adam Smith of Washington, the chairman on the House side, and Sen. Jack Reed of Rhode Island, the ranking member in the Senate, are both institutionalists who have prided themselves on passing a bipartisan defense bill every year, even if it meant making compromises that disappointed their party’s base.

But Reed said in a brief interview that he believed Congress must pass the legislation with the removal of Confederate base names included — and force Trump to make a decision on a veto.

It is highly unusual for a provision that has been passed by both the House and the Senate to be jettisoned in final negotiations over the bill, and Reed said he did not think anyone, including Inhofe, would be able to “strip things out unilaterally.”

“I think we should pass the bill,” Reed said Tuesday. “Hopefully, the president will reconsider. It was a bipartisan effort. The committee passed it by a voice vote with very few objections. Then on the floor, the bill was passed with more than 80 votes and the House bill essentially has the equivalent language. It was a bipartisan effort in both houses, and has to be recognized and supported.”

Sen. Shelley Moore Capito, R-W.Va., said the language reflected the clear will of the majority in Congress.

“If it passed both houses, leave it in,” Capito said. “I would say most Americans would agree with that.”

A congressional aide tracking the negotiations said there were a number of issues that lawmakers still needed to iron out. But the clash over the military bases looms largest, raising the prospect that the defense bill could be delayed for the first time in 60 years.

Rep. Mac Thornberry of Texas, the top Republican on the Armed Services Committee, fretted aloud about the possibility on Tuesday before a speech at the Heritage Foundation.

“It would be a shame for any of us to have a role in blowing it for No. 60,” Thornberry told reporters. “The question is, will the politics above us allow us to?”

The base-renaming language was crafted this summer amid nationwide protests against racism in policing, which fed calls across the country to tear down historical representations of racism. As part of their annual defense policy bills, the House and the Senate each adopted measures mandating that the Pentagon remove Confederate names from military assets.

Both versions received widespread bipartisan support. Sen. Mitch McConnell of Kentucky, the majority leader, told The Wall Street Journal in July that he would not block the effort to rename the bases, and in an interview with a Louisville radio station, he said he did not “have any problem” with renaming the bases for “people who didn’t rebel against the country.” Gen. Mark Milley, the chairman of the Joint Chiefs of Staff and Trump’s senior military adviser, told lawmakers the same month that he supported taking “a hard look” at renaming efforts.

Rep. Don Bacon, R-Neb., who wrote the House measure with Brown, said in a statement that “changing the names of these bases is right.”

“While I do not want this issue to imperil this must-pass legislation, my strong desire is that Congress and the White House show leadership on this issue,” Bacon said. “I’m not dogmatic on the process or the exact timing, but we need to fix this and stand on the right side of history.”

Sen. Todd Young of Indiana, who is a member of McConnell’s leadership team, said it was imperative that Congress enact the military policy measure.

“My preference is to move forward with a bipartisan compromise,” Young said. “We can’t not authorize our national defense programs.”

But Inhofe has always opposed the provision, arguing that the decision of whether to rename bases should be left up to local communities and states, rather than mandated by Congress. In July, Inhofe was overheard on speakerphone at a Washington restaurant assuring Trump that the provision would not make it into the final defense bill.

Several House Democrats, including those with military experience, have privately signaled that they would be willing to oppose the entire bill if it is removed.

Sen. Tim Kaine, D-Va. and his party’s former nominee for vice president, said there is “absolutely no way we’re backing down.”

“My belief is if we put this bill on the president’s desk, he’s not going to veto it,” Kaine said. “It’s a big bluff. We’re not backing down.”