The other D-Day: France marks 75 years since 'its' WWII landing 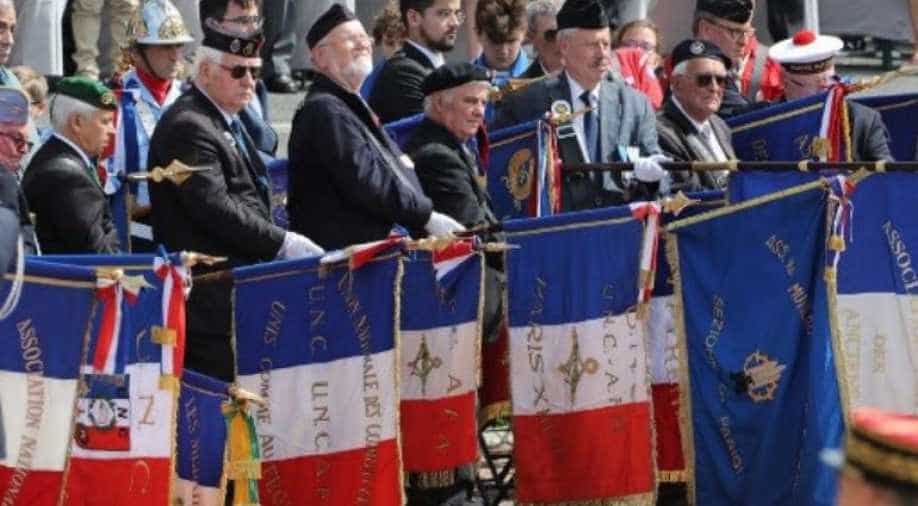 Besides accelerating the German retreat, this second landing was hugely symbolic for the French nation eager to emphasise its role in its liberation.

It's the lesser-known D-Day, one launched two months after the Normandy landings on the other side of France, with French forces this time playing a premier role.

On August 15, 1944, thousands of French soldiers set foot on home soil for the first time in years as Allied forces staged an ambitious assault on Mediterranean beaches, taking a direct hand in the fight to free Europe of Nazi Germany's grip.

Besides accelerating the German retreat, this second landing was hugely symbolic for the French nation eager to emphasise its role in its liberation.

Only a handful of French soldiers had taken part in the Normandy landings a few weeks earlier, General Charles de Gaulle snubbed the operation after being largely excluded from its planning.

The Mediterranean offensive included the remnants of France's free forces, including tens of thousands of soldiers from its African colonies, whose contribution remained little known, let alone celebrated, for decades after the war.

"On the political level, the landings had vital importance, especially for De Gaulle: He can say that French troops liberated France," said Florimond Calendini, director of the national memorial of the Mediterranean landings in Toulon.

"After the humiliating defeat of 1940, seeing a French army free national territory showed the entire world that France can fight with an established army," he said.

But the collective memory of Operation Dragoon, the code name for the landings, has faded over the decades, overshadowed by the legacy of Normandy.

"Many French don't know about the Provence landings," Calendini said.

"The publicity given to the Normandy landings is huge, because behind it you have all of America's soft power, with the films that have become famous the world over."

President Emmanuel Macron will lead commemorations marking the 75th anniversary of the Dragoon landings Thursday at the Boulouris national cemetery in Saint-Raphael, the site of one of the beaches, where 464 troops killed in the operation are interred.

His Ivorian and Guinean counterparts Alassane Ouattara and Alpha Conde have been invited to attend, in recognition of the crucial role played by African forces.

'Nancy has a stiff neck'

Some 450,000 Allied soldiers using more than 2,000 ships took part in Operation Dragoon, including 250,000 French fighters, with most of the rest from the US.

The French launched the assault shortly after midnight on August 15 by scrabbling up the rocky cliffs at Cap Negre, named for the rock's dark colour.

Resistance fighters in the south had been alerted to the impending offensive the night before when underground radio sent a series of coded messages using seemingly anodyne phrases such as "Nancy has a stiff neck."

As during the Normandy landings, locals would play a key role in harassing German forces as they fell back, helping the Allied soldiers to advance must faster than in the north.

Hitler ordered a retreat from southern France as soon as August 17, except for the strategic ports of Toulon and Marseille, but these fell within 10 days.

"In less than two weeks, all of Provence was liberated. It was a huge surprise for the Allies," Calendini said.

By September 12, the Dragoon forces had met up with the soldiers advancing from Normandy, allowing the Allies to consolidate their forces before the final offensive to wrest France from its German occupiers.

At the time, France's "Army B" consisted of nearly 600,000 men, two-thirds of them from African garrisons in countries still under French colonial rule.

The force included around 233,000 "Muslims", as they were referred to at the time, including Moroccan battalions and infantry sections from Algeria, as well as fighters from Senegal and other West African colonies.

There were also so-called Marsouins ("porpoises"), recruits from France's territories in the Pacific or the Caribbean.

"Without its empire, France would have been just a liberated country. Thanks to its empire, France is a victorious country," Gaston Monnerville, a deputy from the overseas territory of French Guiana, said shortly after the war ended.

Yet for years their sacrifices were largely overlooked by most French, and in 1959 the government added injury to the insult by capping their military pensions as African nations gained their independence.

France finally agreed in 2002 to increase the payouts to partially make up for the veterans' lost spending power over the subsequent decades, though they were still far below those of French ex-soldiers.

The pressure continued to mount until then-president Nicolas Sarkozy announced in 2010 that pensions would be the same for all its veterans, regardless of nationality or place of residence.