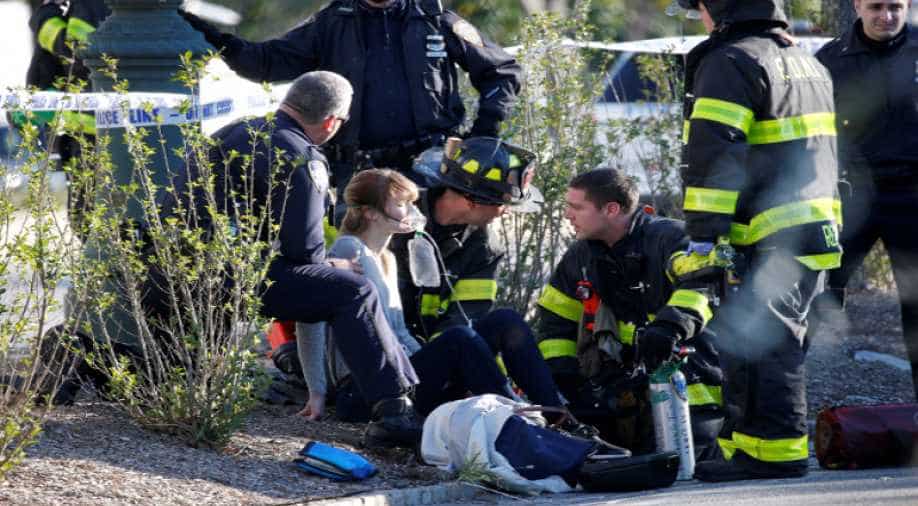 Sayfullo Saipov, a 29-year-old Uzbekistan immigrant who has been living in New Jersey, was charged on Wednesday with committing the attack in the name of the Islamic State militant group. Photograph:( Reuters )

Another day, another extremist attack, so what else is new? Recently it was in New York, a couple of weeks ago it was in Las Vegas, before that in London, and before that in Paris and so the list goes on and on. We could just as easily be referring to the seasonal Fashion Week held in these international hubs of design instead of the far grimmer subject of ‘lone wolf’ attacks and terrorism.

Israel for example, despite its outstanding intelligence and security services, apart from a pro-active and robust approach to counter-terror policy and actions, reportedly faces at least one lone wolf attack a month.

The attackers themselves too span the globe. The New York attacker is of Uzbek origin, while we have had Afghans, Pakistanis, Libyans, Algerians, Palestinians and a host of other nationalities involved as well. If there is one thing in common amongst them, it is that they are homegrown, that is citizens of the country attacked, and in most cases followers of radical Islam.

Also, does the present attack by an Uzbek imply that Uzbekistan and probably Central Asia is the new focus of radical Islam?  While one attack is hardly evidence of such a trend, it is worth recalling that Central Asia has been the focus of radical Islam for years. It is now a forgotten footnote of history that the erstwhile Soviet Union used the Red Army to suppress the Basmachi Movement, the Islamic Rebel Groups in Central Asia, in the 1920’s.

Interestingly, documentation now available in the public domain suggests that the Soviet invasion of Afghanistan in 1979 was in response to attempts to radicalise the population in Central Asia, though ironically the Americans got this completely wrong and gave it a massive boost instead, something they have been forced to confront over the past two decades.

The very individualistic nature of such attacks ensures that their planning and preparation remain very low-key, and therefore, extremely difficult for the intelligence and security apparatus to pick up or prevent.

The primary difference between lone wolf attackers and those belonging to terrorist groups, as we have all learnt over time, is that while they may be adherents of radical ideologies, they operate either alone or at best with an accomplice or two and are devoid of any support, logistic, intelligence or operational from any terrorist organisation.

This obviously limits the damage they can actually cause though, as we recently witnessed at Las Vegas, easy availability of high calibre weapons can tragically result in utter devastation. However, the very individualistic nature of such attacks ensures that their planning and preparation remain very low-key, and therefore, extremely difficult for the intelligence and security apparatus to pick up or prevent. The evolving nature of this threat makes existing counter - terror architecture and processes incapable of combating such threats effectively.

It is nobody’s case that counter-terror intervention groups, such as the Special Action Groups of the NSG, have become redundant because it is impossible to foresee what tactics terrorists may employ in the future. Thus, hostage rescue and building/aircraft/train/ship intervention continue to be essential tasks for which specialised units must be kept trained and ready.

What however is emerging as absolutely essential to deal with lone wolf attacks is the necessity to reinforce beat cops and armed policemen with highly trained officers, both in and out of uniform, suitably equipped to respond instantaneously to ongoing situations. In this respect, the United Kingdom has been pro-active in establishing a high-level Counter-Terrorism Committee that is responsible for formulating the national Counter Terrorism and Domestic Extremism strategy.

It is a shameful, but unquestionable fact that India's counter-terrorism architecture is not much better than it was at the time of the Mumbai attacks, where it failed miserably.

Also, through its National Counter Terrorism Policing Headquarters it coordinates and controls specialised investigative and immediate intervention units, the CTC and CTU’s. All of this backed by an effective database. It is no wonder then that the three attackers involved in the London Bridge terror incident in June this year were neutralised within eight minutes.

Though we in this country have not been subjected to lone wolf attacks, the reason for which needs to be analysed in depth, there is little doubt that we need to put in place systems to be able to deal with such a threat. It is, in fact, utter criminal negligence on the part of our political class that has led to the stalling of the establishment of the National Counter Terrorism Centre (NCTC) and the National Intelligence Grid (NATGRID) projects.

It is a shameful, but unquestionable fact that our counter-terrorism architecture is not much better than it was at the time of the Mumbai attacks, where it failed miserably. It is high time that our political and security establishment get a move on and do what they are paid for, resignations and bluster after the event means little. 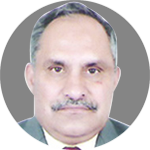