Syria 'fixers' cash in on despair of prisoners' families 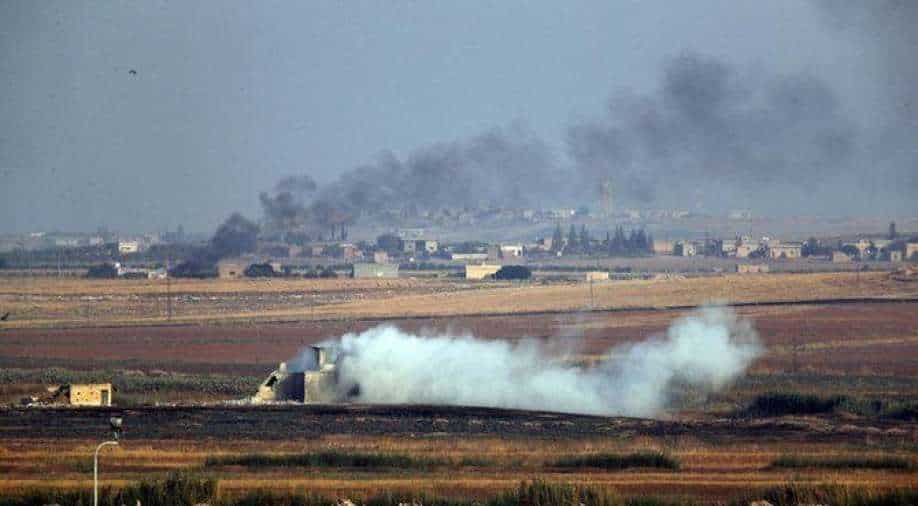 In war-torn Syria, where tens of thousands of people have disappeared into a murky web of regime jails infamous for torture, a booming trade has emerged for "fixers" offering to help families locate or save their loved ones.

Syrian mother Umm Saeed was so desperate to find her two jailed sons she even sold the family furniture to pay "fixers", but a decade of deceit has left her no closer to the truth.

"Had they asked for my heart, I would have handed it over," the 63-year-old mother told AFP by phone from central Syria, using a pseudonym for fear of reprisal.

In war-torn Syria, where tens of thousands of people have disappeared into a murky web of regime jails infamous for torture, a booming trade has emerged for "fixers" offering to help families locate or save their loved ones.

Policemen, lawyers, businessmen and even lawmakers, with security and judicial contacts, demand steep fees to dig up information about a disappeared son or brother, allow a visit, reduce their sentence, or obtain their release.

Some efforts are successful, while more often scammers pocket the money and stop answering phone calls.

It's normal families who seek out the so-called fixers, but sometimes they receive cold calls persuading them to pay up for a photo or voice recording, only to vanish with the money.

AFP spoke to members of eight such families, most of whom asked that their real names not be used.

Umm Saeed said her two sons were detained in 2012.

"Whenever someone told me about a potential middleman, I would go to them," said the mother, who suffers from heart problems.

She paid a lawyer who asked for the equivalent of more than $3,000 but "did not provide the slightest bit of information".

Another man claiming to be a policeman was paid with a mobile phone after saying he could get her permission to visit Sednaya, a notorious prison in Damascus.

But when she showed up at the jail which Amnesty International calls a "slaughterhouse", she was told the pass was fake and sent away.

"I sold my home furniture and my daughters' gold. I have nothing left," she said.

Diana Semaan, a researcher at Amnesty, said the government's policy of silence on the fate of detainees had created a "black market" for information.

"Families, desperate for information, end up paying huge amounts of money, sometimes their entire life savings, to intermediaries and 'middlemen' close to the Syrian government," she explained.

Suaad, 45, said her family in northern Syria had paid 20 million pounds to various brokers over the years to try to find her brother since he disappeared in 2013.

In April, someone contacted the family asking for payment to release him.

But after they raised the cash, "he told us my brother had died three days earlier", Suaad said.

Two weeks later, another person rang, offering a phone call with her brother.

When the call came, there was no audible voice on the other end of the line; all they got for their money was static.

The Syrian Observatory for Human Rights says around half a million people have entered regime jails since the 2011 start of Syria's conflict, of whom 60,000 have died of poor detention conditions or torture.

Another mother, 56-year-old Umm Yahya, said she had managed to visit her son just once, six months after he was detained in Idlib, northwest Syria, in 2012.

She has heard nothing since.

Her family has over the years poured a small fortune into the pockets of possible intermediaries, selling two plots of land and a house in Idlib to cover the costs, but to no avail.

Her husband has grown increasingly reluctant to squander the family's savings. Two years ago, a lawyer asked for $10,000, but her husband refused.

"If a hundred more people turned up, even if there was just a one per cent chance of success, I would do it again," said Umm Yahya.

The Association of Detainees and Missing Persons at Sednaya prison accused the regime in a report earlier this year of using detention as a means to extort money and "increase the influence of security services, their leaders, influential people in its government, some judges and lawyers."

It carried out hundreds of interviews showing that families had paid a total of more than $2.7 million over the years in return for the promise of information, a visit or a release from jail.

Based on that figure, the association estimates that the Syrian regime has made almost $900 million through "extortion" of families over the past decade.

Most of them deceive the families, "but some pay bribes to judges and to the security apparatuses, while taking a percentage or just their fees, and succeed in getting a person released", she said.

Though most efforts fail, three people told AFP they had managed to transfer their relative to a better jail or even to have them freed.

Tamer said his family spent the past two years trying to save his brother Nizar from death in detention.

Nizar was arrested in 2018 in southern Syria despite having signed a so-called "reconciliation deal" with the regime.

The family learned he had been taken to Sednaya and was to appear before a military court infamous for handing out death sentences.

They agreed instead to pay the same amount to a lawyer but only after his sentence was reduced and he was transferred. Within a month, he delivered and they paid.

Then a presidential pardon reduced his sentence further and Nizar was set free, returning home after having shed 30 kilos.

Tamer said that had they known about the upcoming pardon, they would have done it all anyway.

"All we wanted was to get him out of there as soon as possible."