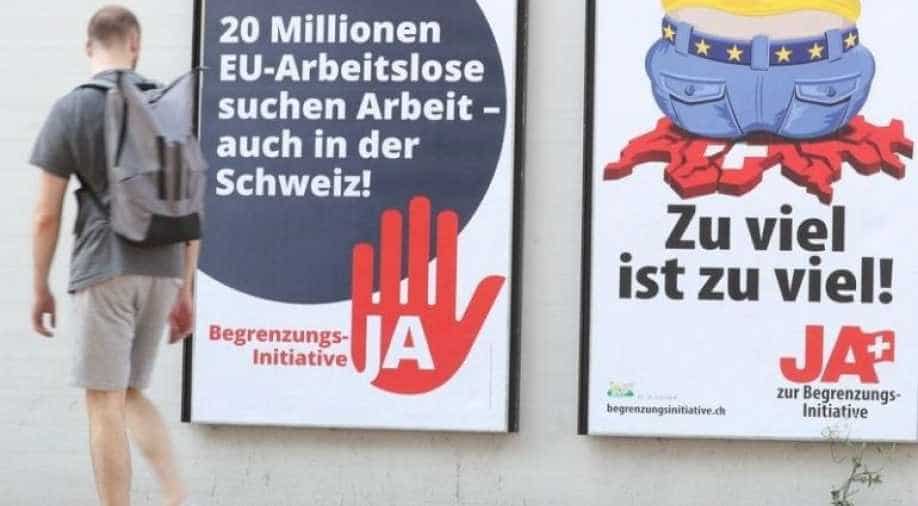 Swiss voters decide on Sunday whether to annul a pact with the European Union on the free movement of people, an important test of attitudes towards foreigners who make up a quarter of the population.

The right-wing Swiss People's Party (SVP) - the biggest in parliament - has led the charge to take back control of immigration, echoing some of the arguments pro-Brexit politicians used in the run-up to Britain's exit from the EU.

But a gfs.bern poll found 63 per cent of respondents oppose the SVP proposal and 35 per cent support it, suggesting voters want stability at a time of economic uncertainty during the coronavirus pandemic.

Citizens of the EU plus Iceland, Norway and Liechtenstein, which with Switzerland are members of the European Free Trade Association (EFTA), made up 68 per cent of the 2.1 million resident foreigners in 2019. More than 450,000 Swiss live in the EU.

Should the referendum drive, as expected, fail, the government can turn to its biggest foreign policy headache: a stalled treaty that would cement ties with the EU but which critics say infringes too much on Swiss sovereign