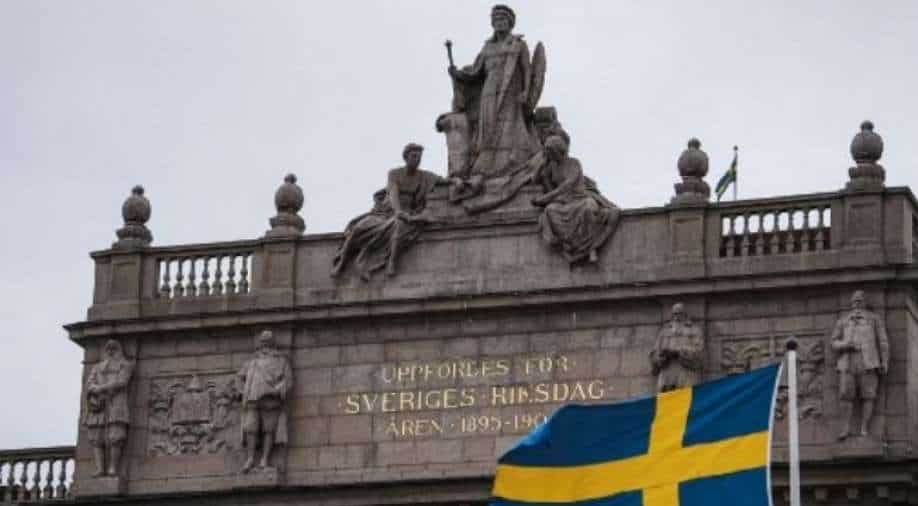 The Swedish flag flys in front of the Swedish Parliament on April 16, 2020 in Stockholm. (File Photo) Photograph:( AFP )

Since the rise of criminal gangs several years ago, Sweden has struggled to deal with the increase of deadly shootings and score-settling in a peaceful country

Sweden on Wednesday announced it would push for tougher sentences for younger offenders in a bid to combat a rising wave of gang violence.

"It's better to try to target the crimes committed by those who do these crimes in a systematic way and live a criminal lifestyle," Johansson told a press conference.

Sweden has been struggling for several years to deal with the rise of criminal gangs and the resulting increase in fatal shootings and score-settling in an otherwise peaceful country.

Sweden has the highest number of deadly shootings per capita in Europe, according to a report published in May by the Swedish National Council for Crime Prevention.

In 2020, the country of just over 10 million people registered more than 360 incidents involving firearms, with 47 deaths and 117 injuries.

Most of the victims and perpetrators were under the age of 30.

In the latest such incident, two children, aged five and six, were wounded by stray bullets while playing in the neighbourhood of Visattra in southern Stockholm over the weekend in what is believed to have been a gang-related shooting.

In early July, a police officer was killed in a shooting in Gothenburg, although he was not believed to have been the target.