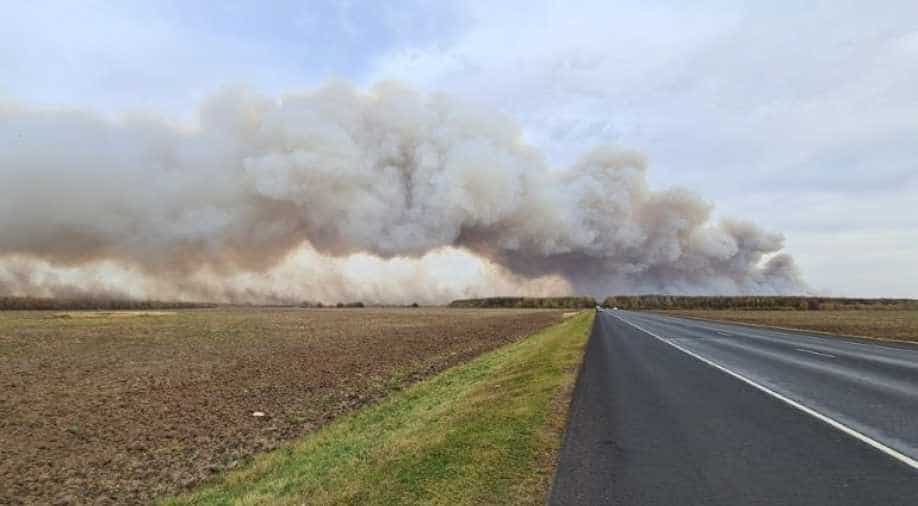 Russia on Wednesday evacuated more than 1,000 people from nearby villages after a wildfire set off explosions at a munitions depot in the Ryazan region southeast of Moscow, officials said.

A fire broke out at the depot on Wednesday afternoon at 1340 (1040 GMT) sparked by a wildfire in dry grass nearby, the emergencies ministry said in a statement sent to AFP.

"As a result, explosions took place," the ministry said, adding that it was sending a fire-fighting train and 100 firefighters to battle the blaze.

"According to preliminary information, more than 1,600 people have been evacuated from 14 settlements," the emergencies ministry said, as its head Yevgeny Zinichev flew to the scene.

The western military district said its troops had been evacuated after attempting unsuccessfully to fight the fire.

"The personnel and civilian staff have been evacuated. None was injured," the military district said in a statement sent to AFP.

A total of 146 children were evacuated from the nearest village of Zheltukhino, Ryazan's regional administration said.

Such accidents are relatively common in Russia due to large amounts of old munitions remaining in storage.