Researchers recently found microplastics in every human tissue they studied 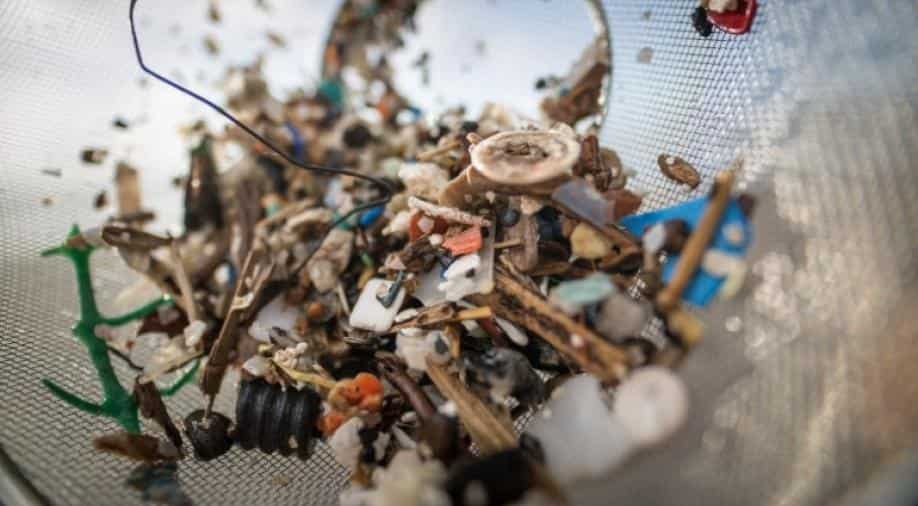 A volunteer of the NGO 'Canarias Libre de Plasticos' (Canary Islands free of plastics) carries out a collection of microplastics and mesoplastic debris to clean the Almaciga Beach, on the north coast of the Canary Island of Tenerife. Photograph:(AFP)
Follow Us

The world pretty much runs on plastic, and now microplastics and nanoplastics can be found in the human body as well

Microplastics are a global concern, with new reports emerging everyday of how such small particles are killing aquatic life, and also threatening ecosystems around the globe.

The world pretty much runs on plastic, and now microplastics and nanoplastics can be found in the human body as well.

We have been consuming plastic

It has been long known that people consume such minuscule particles through food, water, and even breathing. But no health impact on the human race has been ascertained yet. A 2018 study found that microplastics have passed through the human gut.

At least 300 million tonnes of plastic waste is produced every year, as per data from “Plastic Oceans”. Plastic then breaks into smaller pieces called microplastics, which are smaller than 0.2 inches, and nanonplastics, smaller than 0.001 mm.

To reach this conclusion, they used 47 human tissue samples from various human body parts like lungs, liver, spleen, and kidneys.

Microplastics were discovered all 47 samples of tissue in question by researchers Charles Rolsky and Varun Kelkar.

The common ingredient in all samples was “Bisphenol A”, which is used in food manufacturing, even though it has been linked to health concerns, including cardiovascular issues. The US Environmental Protection Agency had referred to BPA as a “reproductive, developmental, and systemic toxicant in animal studies”.

Considered the first study of its kind, it looked at samples from people who have had significant exposure to plastic.

The scientists displayed their results at the American Chemical Society on Monday, with Rolf Halden of the Arizona State University saying it would be “naive” to believe plastic exists everywhere besides our own bodies.

The goal of the study is to understand the health effects of plastics in our bodies.

Rolsky announced how humans had gone from perceiving plastic “as a wonderful benefit to considering it a threat”.

Such small particles of plastic could cause infertility, inflammation, and even cancer among animals.