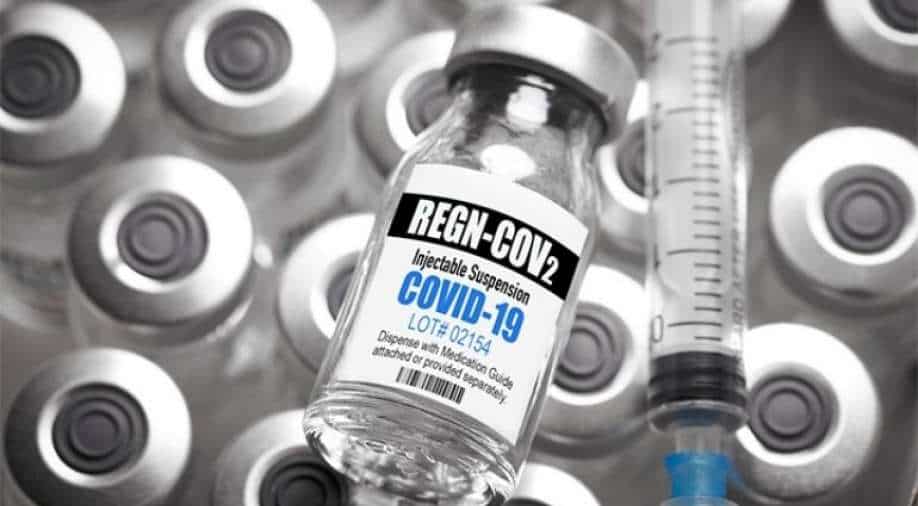 In the ongoing Randomised Evaluation of COVID-19 Therapy (RECOVERY) trial, Regeneron Pharmaceuticals' combination of drugs was found to benefit patients with severe symptoms of the virus who had not mounted a natural antibody response of their own

In the ongoing Randomised Evaluation of COVID-19 Therapy (RECOVERY) trial, Regeneron Pharmaceuticals' combination of drugs was found to benefit patients with severe symptoms of the virus who had not mounted a natural antibody response of their own.

It not only cut down the numbers requiring a ventilator, among the 9,875 people who took part in the trial between September 2020 and May this year, but also reduced the duration of their hospital stay.

Sir Peter Horby, Professor of Emerging Infectious Diseases in the Nuffield Department of Medicine, University of Oxford, and Joint Chief Investigator for the RECOVERY trial, declared the results as ''very exciting.''

The therapy, REGEN-COV, has been granted emergency use authorisation for people with mild-to-moderate COVID-19 in the United States, but results from the RECOVERY trial provide the clearest evidence of its effectiveness among hospitalised patients.

It found that the antibody therapy reduced by a fifth the 28-day mortality of people admitted to hospital with COVID-19 whose immune system had not mounted an antibody response, known as seronegative.

The result translates into six fewer deaths for every 100 seronegative patients treated with the therapy, researchers said.

There was no discernible effect of the treatment on those who had generated natural antibody responses and were seropositive.

"People have been very, very sceptical, that any treatment against this particular virus would work by the time people get in hospital," Martin Landray, the joint chief investigator on the trial, told reporters.

"If you haven't raised antibodies of your own, you really would benefit from getting some," he said.

The treatment also shortened the hospital stay of those who were seronegative and reduced their chances of needing a mechanical ventilator, Landray said.

Regeneron had previously said its treatment had shown enough promise in hospitalised patients to warrant continuing its trial. This data provides the first large-scale confirmation of that assertion.

While those treatments focus on inflammation caused by reaction to the coronavirus, Regeneron's therapy, which belongs to a class of biotech drugs called monoclonal antibodies, mimic natural antibodies the body produces to fight off the infection.

"This is the first time we've got one that's actually targeting the virus itself," Landray said, adding that it could be used along with the other treatments.

"It's not that you do one thing or another thing. These benefits are additive in these patients," he said.

Other companies have been developing similar treatments.

US emergency use authorization has been granted to antibody treatments developed by Eli Lilly and Co (LLY.N) as well as by Vir Biotechnology Inc (VIR.O) with GlaxoSmithKline Plc (GSK.L). Both are approved for use in mild-to-moderate cases.

On Tuesday, AstraZeneca said its antibody therapy had shown no evidence of protecting people from developing the disease following exposure, although other trials of its cocktail as a prevention or a treatment are ongoing.

Landray said the RECOVERY results should give developers of other monoclonal antibody therapies optimism that they can also be used in some hospitalised patients.

"This opens up the possibility for many, many others," he said.

"People see a few negative trials and they say 'well that'll never work' and they opt out and go off and do something else. (But) this is very, very clear, the picture that we've got from this trial."