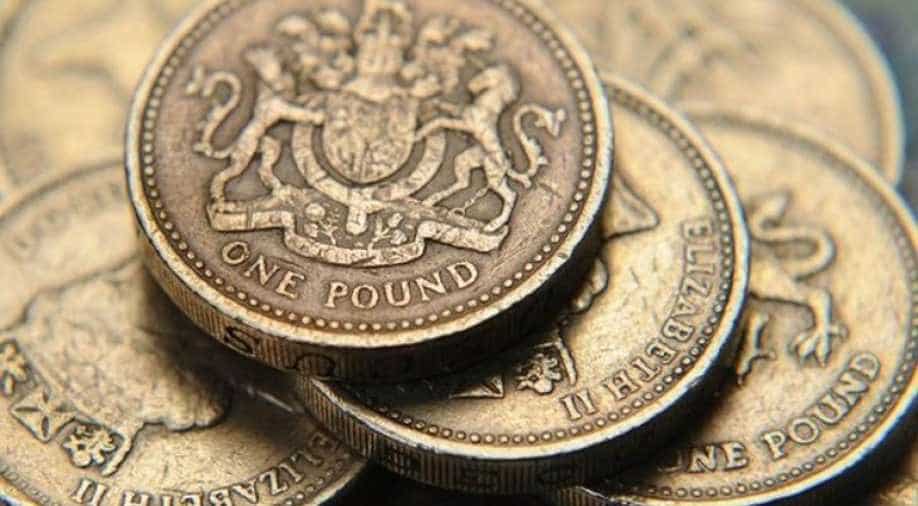 Sterling soared to within a whisker of $1.30, striking five-month peaks, when news flashed across traders' screens that the European Union had reached a draft Brexit withdrawal deal with London

The British pound had a tumultuous session on Thursday as a draft Brexit deal between London and Brussels sparked both hope and scepticism in a volatile forex market.

Sterling soared to within a whisker of $1.30, striking five-month peaks, when news flashed across traders' screens that the European Union had reached a draft Brexit withdrawal deal with London.

The pound held on to most of those gains for a while, absorbing a bout of profit-taking, but then the currency plunged when it dawned on investors that there was no guarantee of UK parliamentary backing for the agreement.

"After the initial relief that the UK government and EU have done a deal, markets are worried that it still does not have enough support to get through parliament on Saturday," independent economist Julian Jessop told AFP.

By 1330 GMT, the currency was pretty much back to where it started from against the dollar.

'Still chance of no deal'

It is unclear how many of Prime Minister Boris Johnson's Conservative MPs will back the deal when he brings it to lawmakers for approval Saturday, and whether the opposition will try to vote it down or attempt to force a fresh referendum.

"There is still a chance for a no-deal Brexit – although the more likely scenario would be for the Prime Minister to follow the law and request the EU for a Brexit deadline extension, which then opens up more uncertainty," said Fawad Razaqzada at Forex.com.

Northern Ireland's DUP said Thursday it was "unable to support" the draft deal. A pre-emptive DUP announcement to the same effect issued before the draft deal had already weighed on sterling, before news from Brussels gave the currency wings, if not for long.

The London stock market, which usually moves in the opposite direction from sterling, enjoyed a rise Thursday, becoming the day's star performer in otherwise lacklustre European equity trading.

On Wall Street, the Dow Jones index rose at the start of business.

Earlier in Asia, most markets ended in the red, with traders unable to take advantage of weak US retail data that raised the chances of another Federal Reserve interest rate cut.

Comments in the Fed's Beige Book update on the economy also pointed to a slowdown in the world's biggest economy.

Oil prices fell as data pointed to a sharp rise in US stockpiles that reinforced worries about the impact on demand from the China-US trade war and the global economic slowdown.

US convinced many countries not to use Huawei, it's a big security risk: Trump