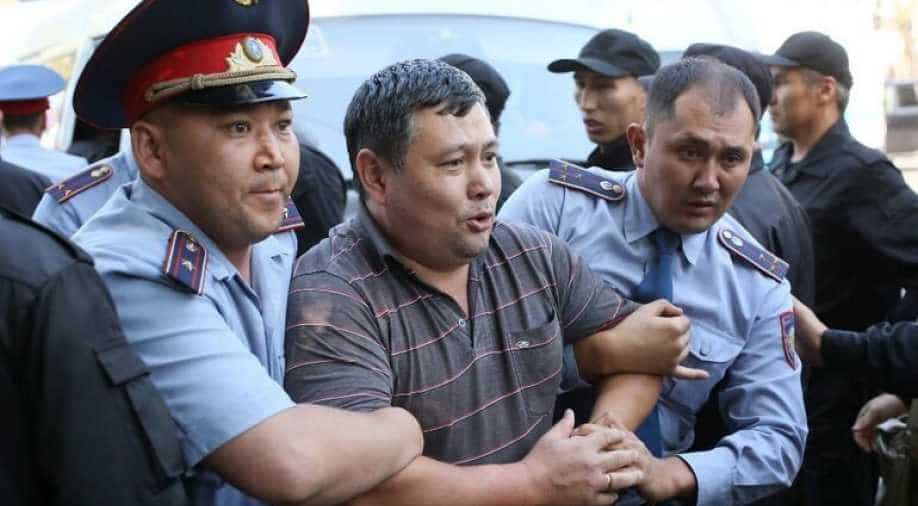 Around 40 people detained by police close to the city hall, where two opposition groups had called for anti-government rallies.

Police in authoritarian Kazakhstan detained dozens of people in the Central Asian country's largest city Sunday after an activist's death in jail triggered diplomatic condemnation and calls for anti-government rallies.

AFP correspondents in Almaty saw around 40 people detained by police close to the city hall, where two opposition groups had called for anti-government rallies.

Elsewhere in the city, 26 members of Oyan Qazaqstan, one of the groups that called for a rally, were detained in the morning before they had a chance to reach the protest site, a member of the group told AFP.

"According to our information, they have not been released yet," Dimash Alzhanov, one of Oyan Qazaqstan's founding members, told AFP by telephone.

One man who AFP correspondents saw bundled into a van full of detainees by black-clad police appealed to "the lawmakers in the European parliament", which sent a delegation to Kazakhstan last month.

"My constitutional rights are being violated. This is the 21st century!" the man cried out as he was shoved into the van.

Two journalists were also amongst those detained on Sunday.

The protests were called after Dulat Agadil, a prominent activist, died in detention hours after he was detained by plainclothes police on Monday night.

Both the United States and the United Kingdom raised concern over his death this week and called for a "thorough" investigation.

Activists have cited video footage of Agadil's corpse with bruises as evidence that he was beaten in detention, rather than dying of heart failure, as police said on Tuesday.

The state prosecutor's office on Friday called on citizens not to make "hasty conclusions" about the bruises, which the official said was common on corpses.

Kazakhstan regularly cracks down on citizens who attempt to hold rallies, citing laws that make public assemblies subject to permits from the authorities.

The country is in the process of changing its legislation on public assemblies, and a draft of the new law has been released for public discussion.

But civil society groups in the Central Asian state have expressed dissatisfaction with a new draft law, which they argue would introduce additional restrictions