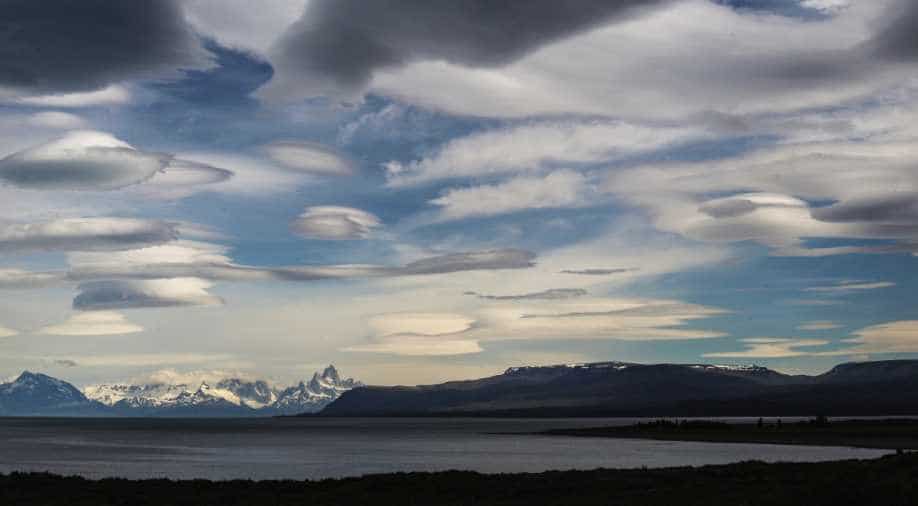 Luciano, who is also a mountain guide, filed the landmark lawsuit a year ago but Thursday's hearing at the regional court in Essen, where RWE is based, will mark the first time the two sides will come face to face. Photograph:( Getty )

A German court will on Thursday hear a complaint by a Peruvian farmer who accuses energy giant RWE of contributing to the climate change that has caused glacial melting in the Andes, threatening his home and livelihood.

Saul Luciano Lliuya argues that RWE, as a major historic emitter of greenhouse gases, should share in the cost of protecting his hometown Huaraz from a nearby glacial lake that is at risk of overflowing from melting snow and ice.

Germanwatch, a pressure group advising Luciano, said the case was the first of its kind in Europe and could set a legal precedent

Luciano, who is also a mountain guide, filed the landmark lawsuit a year ago but Thursday's hearing at the regional court in Essen, where RWE is based, will mark the first time the two sides will come face to face.

Germanwatch, a pressure group advising Luciano, said the case was the first of its kind in Europe and could set a legal precedent.

"The big contributors to climate change, such as RWE, must finally take responsibility for the consequences of their emissions," Luciano was quoted as saying in a statement on the Germanwatch website.

"We in Peru have hardly contributed to climate change but have to live with the worst consequences."

But Germany's second-largest energy producer said it expected the judges to throw out the case.

"We consider the complaint to be unfounded. There is no legal basis for the applicant's request," RWE spokesman Guido Steffen told AFP.

Luciano's German lawyer, Roda Verheyen, however claims that RWE is the "top single-greatest CO2-emitter in Europe" and says that according to a 2013 climate study it was responsible for 0.5 percent of the total emissions "since the beginning of industrialisation" -- making it at least partly responsible for Luciano's plight.

According to a court summary of the case, Luciano, who will be in Essen for the hearing, is asking RWE for 17,000 euros ($18,000) to help pay for flood defences for his community. He is also asking RWE to reimburse him for 6,300 euros he himself has spent on protective measures.

RWE has countered that the plaintiff has failed to demonstrate a clear link between CO2 emissions and the alleged flood danger, and that the act of emitting greenhouse gases was not against the law.

Court spokesman Johannes Hidding said judges could rule on the claim's admissibility as early as Thursday, or they could ask for more information and schedule further hearings before making a decision.

'World belongs to all'
Luciano, a father of two, told AFP last year that he had spent his whole life watching climate change breaking the Andes glaciers apart.

"Someone caused this," he said. "It's not right to remain silent. The world belongs to all of us, not just the polluters."

His community in Peru's northern Ancash region believes that at the Palcacocha lake, there is a risk of massive flooding from ice chunks that could break off from surrounding glaciers and crash into the water, requiring a new drainage system and a reinforcement of the lake's dams.

The US Agency for International Development (USAID) said in a 2014 report that the lake is so swollen it has become a permanent threat.

RWE spokesman Steffen said the firm did not understand why it had been singled out for legal action.

"We are making a huge contribution to the modernisation of coal-fired power plants in Germany" to make them more efficient and reduce the output of CO2, he told AFP.

At the same time RWE was "investing billions in renewable energy", he said, as part of Germany's switch from fossil fuels to clean energy such as wind, solar, biomass and hydroelectric power.