'Out of nowhere': Woman delivers baby on flight without realising she was pregnant 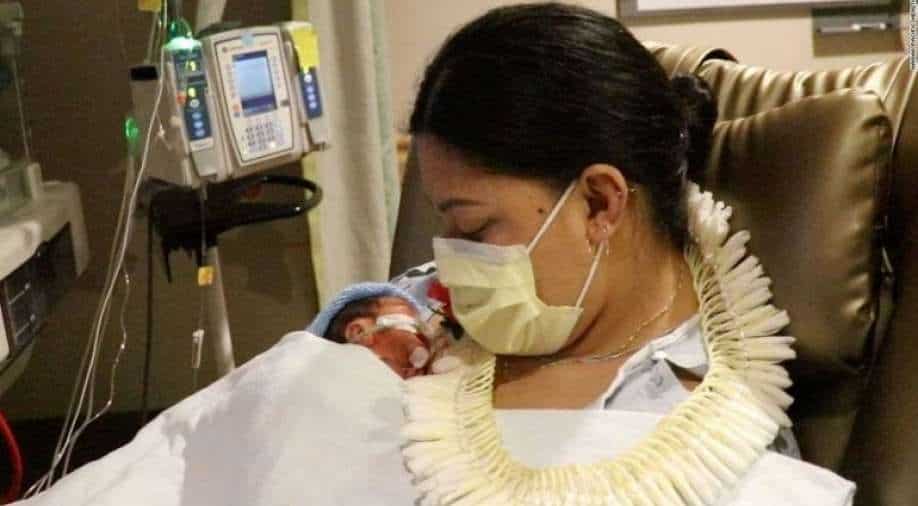 'I just didn't know I was pregnant, and then this guy just came out of nowhere,' the woman said

Lavinia 'Lavi' Mounga was not aware that she was pregnant when she boarded a flight from her home in Utah to Honolulu last week.

However, things became clear as day for Mounga when she gave birth to a child on the same flight.

"I just didn't know I was pregnant, and then this guy just came out of nowhere," she said during an interview with Hawaii Pacific Health.

Newborn Raymond Mounga came to this world at just 29 weeks as her mother was going on vacation with her family to Hawaii.

"Yeah, just overwhelming and just nice that there were three NICU nurses on the plane and a doctor that were able to help stabilise him and make sure that he was OK," the woman said.

She added that her child would stay in the neonatal intensive care unit for another 10 weeks.

"The aloha spirit is definitely felt here," Mounga said about the care she has got in Hawaii.

"It's very different from the mainland," she said, adding "It just feels comforting, and everyone is willing to help."