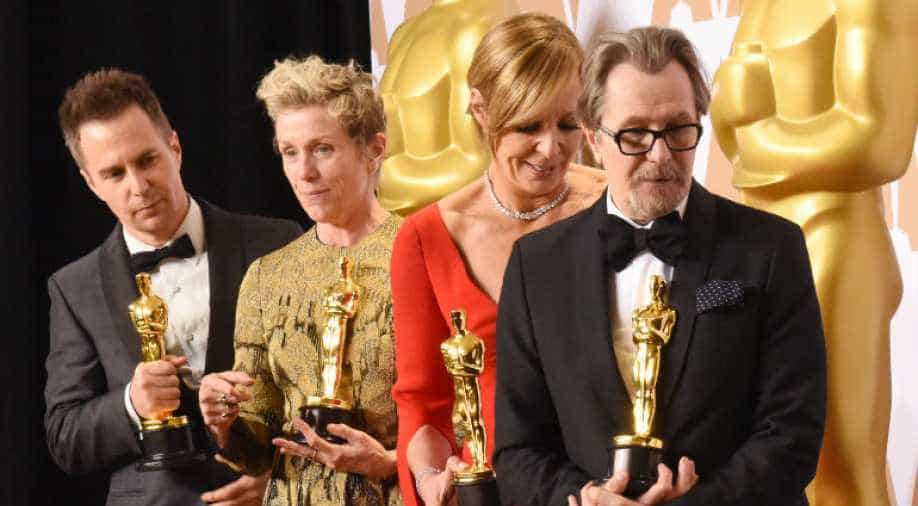 It was a night when Mexico and Me Too Movement got the most acknowledgment as Guillermo del Toro, Coco won big at the 90th Academy Awards.  Del Toro won Best Director for his film Shape Of Water which also won the Best Film Award while Coco won the Best Animated Feature Film award along with Best Song.

Academy in its own way made a statement which highlighted the importance of inclusion giving out a strong message the Donald Trump. The award ceremony also saw Frances McDormand delivering the best speech of the night as she went up on the stage to accept her Best Actress award for Three Billboards Outside Ebbing, Missouri.

In her acceptance speech, McDormand thanked her family and asked all the other female nominees to stand up. She also urged producers to back small and independent films
"I have two words to leave with you tonight, 'inclusion' and 'writer'," an emotional McDormand said.

"I would just like to salute Sir Winston Churchill, who has been marvellous company on what can be described as an incredible journey," Oldman told the Oscars audience on Sunday.

Oscars host Jimmy Kimmel tackled Hollywood`s sexual misconduct scandal with jokes on a night heavy with nods to activism on issues ranging from LGBT issues and school shootings to sexism and racism.

Gay romance Call Me by Your Name won best-adapted screenplay and racial satire "Get Out" won best original screenplay.