Not much progress: Britain keeps all options open in Northern Ireland row 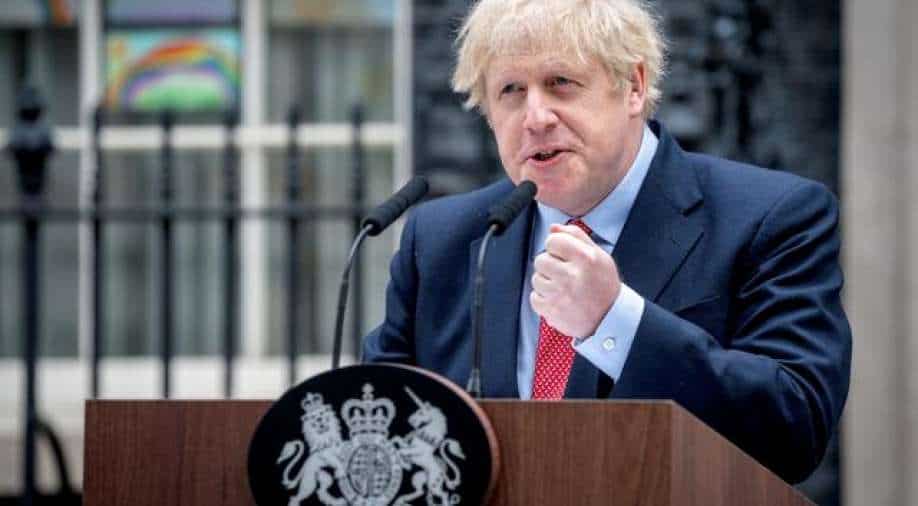 A video of a staff laughing and joking over a party held during Covid lockdown last Christmas in 2020 surfaced to haunt UK Prime Minister Boris Johnson (file photo). Photograph:(Reuters)
Follow Us

Frustration in the British government is also rising because London has offered a number of proposals to solve a standoff with the European Union over Northern Ireland but has not had a lot back, Frost added

Britain is keeping all options on the table as a response in a dispute with the European Union over part of their Brexit deal covering Northern Ireland, Brexit minister David Frost said on Wednesday, adding that talks were not making much progress.

Frustration in the British government is also rising because London has offered a number of proposals to solve a standoff with the European Union over Northern Ireland but has not had a lot back, Frost added.

"Our position is that we would like to find negotiated agreements that ... bring it back to the sort of light-touch agreement that we thought we were agreeing," Frost told a parliamentary committee.

"Our frustration ... is that we're not getting a lot of traction, and we feel we have put in a lot of ideas and we haven't had very much back to help move these discussions forward, and meanwhile ... time is running out."

Prime Minister Boris Johnson has said he could trigger emergency measures in the Northern Ireland protocol after its implementation at the beginning of this year has seen disruption to trade between Britain and its province.

Meanwhile, Ireland's foreign minister said on Tuesday that post-Brexit trading arrangements for Northern Ireland are not a threat to the territorial integrity of the United Kingdom but simply a means of managing disruption from its exit from the European Union.

"Don't know how many times this needs to be said before it's fully accepted as true. NI (Northern Ireland) Protocol is a technical trading arrangement to manage the disruption of Brexit for the island of Ireland to the greatest extent possible," Simon Coveney said on Twitter.

"It's not about constitutional matters," he said, in response to comments by Britain's Brexit minister David Frost at a parliamentary committee.