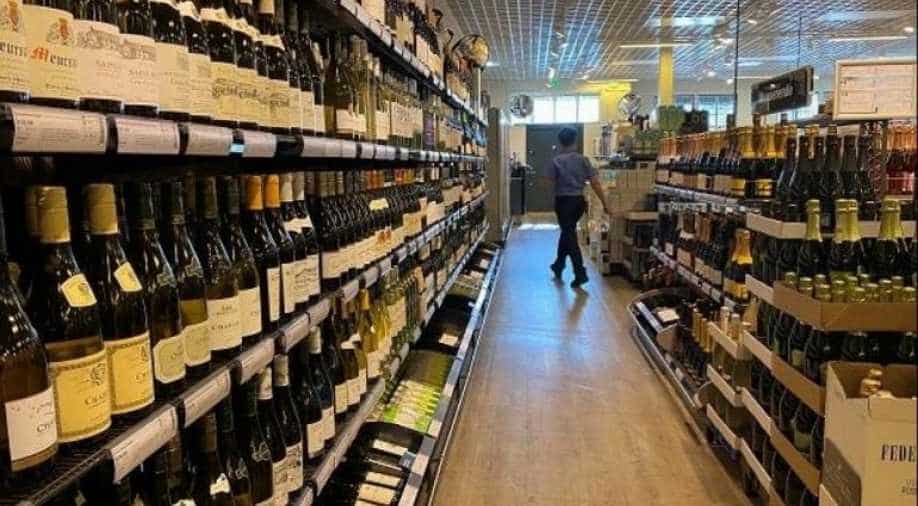 Restrictions on travel between the Nordic neighbours imposed to contain transmissions of the coronavirus triggered a jump in retail sales, especially in regions bordering Sweden.

Norway’s tipplers and sweet tooths may no longer feel a need to leave the country to stock up on their favourite vices.

The Nordic country's ruling party has proposed cutting its famously high "sin" taxes on alcohol, cigarettes and sweets and other consumer goods after the coronavirus lockdown showed how much business is lost every year to Norwegians flocking to neighbouring Sweden to snap up such items at cheaper prices.

Restrictions on travel between the Nordic neighbours imposed to contain transmissions of the coronavirus triggered a jump in retail sales, especially in regions bordering Sweden.

Norwegian authorities are keen to keep that trade humming to mitigate the economic downturn inflicted by the pandemic, even after any return to the open borders that have prevailed for almost 70 years of economic integration in the Nordic region.

Norway sealed its borders to all non-residents in mid-March before easing movement from June but imposing a 10-day quarantine on those returning from abroad, a rule that continues to deter traditional shopping runs to Sweden.

"The closure of borders because of the coronavirus created a full-scale experiment in what happens when all trade is moved back to Norway," said Vetle Wang Soleim, a Conservative MP on a party committee that presented the tax cut proposal.

Trade from Norwegians buying goods in Sweden plummeted by 99% in the April-June period compared with the year-ago period, Statistics Norway data showed.

Nationwide, retail sales rose 10% in April-July, and 20% or more in some regions bordering Sweden already in March.

The tax cut initiative has been presented as a way to recapture trade lost to Sweden since the pandemic has shown high "sin levies" were not necessarily deterring Norwegians from indulging in booze, cigarettes and chocolates.

"For us now, the most important priority is to move jobs back to Norway. We just prefer them to buy these goods on the Norwegian side of the border," Wang Soleim told Reuters.

Food in Norway is broadly 35% more expensive than in Sweden, and alcohol prices 67% higher, according to Statistics Norway.

In a scenario where cross-border trade stopped indefinitely, Norway would boost revenues from food, drink and other consumer good sales by at least $1.3 billion, according to an analysis by consultancy Menon Economics.

It would also mean 8,200 new jobs and $410 million more in tax revenue on top of the special levies on alcohol, sugar and tobacco, it said.

Cigarettes, soda fly off the racks

In Sarpsborg, an industrial town in Norway's southeast 30 km (19 miles) from the Swedish frontier, staff at the Kiwi supermarket have been scrambling to cope with surging footfall, with sales rocketing by 85% in April-August.

"We are selling much more of everything now - especially minced meat, an extreme amount of soda, cigarettes and snuff tobacco," said store manager Carina Andresen.

"We have always known there were many people who went to shop in Sweden, but not that it was so many, and for so much."

In Halden, a town 12 km from the border, sales at the local wine and liquor store tripled during the summer months compared with last year, with vodka priced at 400 crowns ($42) a litre snapped up by more tourists and holiday cabin owners.

"We also sell much more boxed wine. People don't just buy one or two boxes, but four or five at a time," said store manager Anneli Christiansen, who had to hire four more staff at the start of lockdown in March to handle soaring demand.

"So empty" on Swedish side

Towns on the Swedish side of the border, by contrast are starved of trade these days.

Many shopping malls sprang up in recent decades to cater almost exclusively to Norwegians, but now sit nearly empty.

In the municipality of Aarjaeng, trade with Norway supports about a third of jobs, said municipal board chairman Daniel Schuetzer. "It has been so empty in the area. There is a certain resignation - people wonder how they are going to make ends meet when a large part of your market disappears overnight."

Others worry about future ties between two countries that have placed free movement of people and goods at the core of their relationship, well before much of the rest of Europe did.

Georg Andren, governor of Sweden's Vaermland region, said that companies may be less willing to invest there, and, in the longer term, "what is at stake is the social fabric".

The rightist opposition Progress Party, which generally backs government budgets, has swung behind the proposal in keeping with its view that Norwegians' heavy tax burden should be eased across the board.